Sarma, who earlier this week took oath as Assam's Chief Minister, visited the Guwahati Medical College Hospital at around 2:30 AM on Sunday and took stock of the Covid situation. 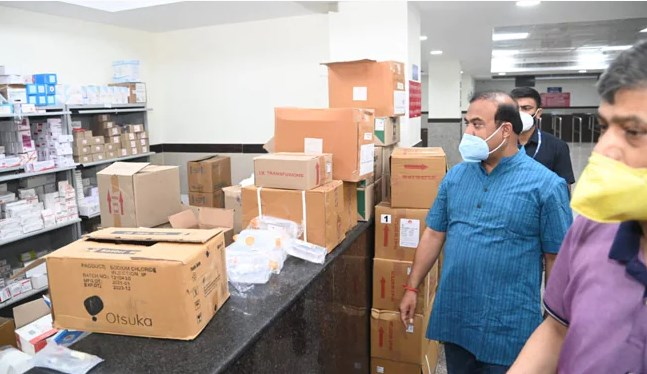 Guwahati: Assam Chief Minister Himanta Biswa Sarma has said that the state will start an ‘odd-hour management’ process in government medical colleges and other hospitals as India fights a deadly second wave of Covid, the NDTV reported.

Sarma, who earlier this week took oath as Assam’s Chief Minister, visited the Guwahati Medical College Hospital at around 2:30 AM on Sunday and took stock of the Covid situation.

In a tweet, he wrote: “Managing critical patients at odd hours is always a challenge. At 2.30 am, I visited GMCH to see how #Covid patients are being given treatment in Emergency Ward at night. I was satisfied with the arrangements. I reiterate my gratitude to doctors & nursing staff for their help.”

Talking to reporters, Sarma said, “We have already discussed odd-hour management where senior doctors have to do duty from 11 pm to 7 am. We have seen that maximum patients died during the night. Some of them came at night time in hospital and after two to three hours the patient died.”

“We have an adequate amount of oxygen cylinders till now. No bed scarcity at Government Medical College and Hospital (GMCH) but we will increase bed capacity and the process has been started at Sarusajai,” Sarma said.

Meanwhile, the government has extended curfew timings in the state from 2 pm to 12 pm from Sunday.

“We have seen that Covid positive cases decreased from 1600 to 1000 in Guwahati after extending curfew timings. So, we have decided to extend curfew timings from 2 pm to 12 pm. We will monitor the positivity rate during one week,” said Chief Minister Sarma.