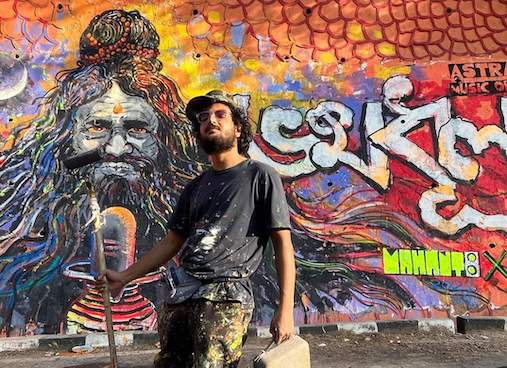 Guwahati: Graffiti artist and activist Neelim Mahanta has been arrested by Arunachal Police from his residence in Lakhimpur for an anti-dam graffiti that he painted on the ‘Wall of Harmony’ in Itanagar.

The graffiti was in connection with a protest related to a proposed 57000 MW Mega Dams in Arunachal Pradesh. Neelim was invited to Arunachal Pradesh to draw graffiti in protest against a dam that is being built in Dibang.

Police said that the artist was arrested because he painted the graffiti on the Wall of Harmony – an art project at the Secretariat Building Wall in Itanagar.

Local organisations have demanded his immediate release stating that Neelim was invited by locals in Arunachal to paint the graffiti and for which he was even paid.