Three feature films from India -- Malayalam film 'Paka' (River of Blood) by Nithin Lukose, Hindi film 'Dug Dug' by Ritwik Pareek and Hindi-Bengali film 'A Night of Knowing Nothing' by Payal Kapadia -- are part of the official selection at the Toronto festival, which will be held during September 9-18. 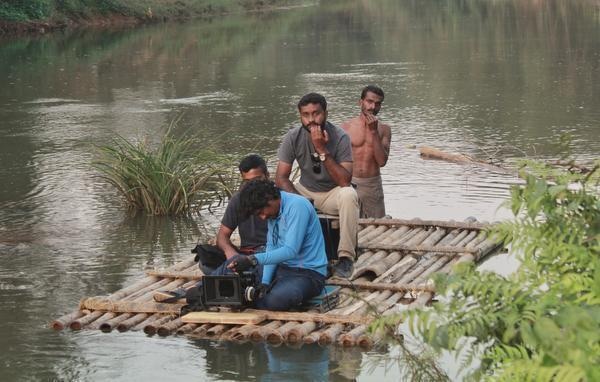 Three feature films from India — Malayalam film ‘Paka’ (River of Blood) by Nithin Lukose, Hindi film ‘Dug Dug’ by Ritwik Pareek and Hindi-Bengali film ‘A Night of Knowing Nothing’ by Payal Kapadia — are part of the official selection at the Toronto festival, which will be held during September 9-18.

The Toronto festival is being organised in the hybrid format this year, with in-person and digital screenings along with drive-in venues and an open-air cinema. The number of films continues to be curtailed for the second successive year due to the coronavirus pandemic. Compared to 50 films in official selection last year, TIFF has about 100 films in the current edition. There were no in-person screenings at the festival in 2020.

Set in Wayanad, Kerala, ‘Paka’ directed by Film and Television Institute of India (FTII) alumnus Lukose, handles the history of settlers from central Travancore in the story of two feuding families. “We are very happy to be participating in TIFF. We had worked hard for this moment,” says Lukose, who graduated in sound recording and design from FTII in 2014.
Part of the festival’s Discovery programme along with ‘Paka’, ‘Dug Dug’ directed by Jaipur-born Pareek deals with quirky rituals in the country in the story of a temple in Rajasthan where people worship a motorcycle as the deity. “My film is a blend of larger than life cinematic visuals and unpretentious rawness of Indian rural life where I want viewers to lose themselves in the bizarre and colourful world of ‘Dug Dug’,” says Pareek, a former advertising art director.

While both ‘Paka’ and ‘Dug Dug’ will have their world premieres at TIFF, the third Indian entry, ‘A Night of Knowing Nothing’ by FTII alumna Kapadia will have its international premiere in the Wavelengths section of the festival. “Payal Kapadia’s electrifying debut feature is a fever dream of impossible love tied to a broader reflection on contemporary India,” says TIFF programmer Andrea Picard. The film, which premiered at the Directors’ Fortnight sidebar of the Cannes festival in July, is set in the backdrop of student protests in the country.

“We are so proud of the calibre of the films and the diversity of the stories we will be presenting this year,” says Joana Vicente, TIFF Executive Director and Co-Head. “It is so powerful to be able to share these films with festival-goers in theatres,” adds Vicente.

“It’s been a tough year and we’re so glad to be back,” says Cameron Bailey, TIFF Artistic Director and Co-Head. “We’ve been inspired by the quality, range, and diversity of the films we’re inviting, and we couldn’t wait to give everyone an early glimpse,” adds Bailey.

Though Canada has opened its borders for non-essential travel to fully-vaccinated visitors with a negative Covid-19 test result, domestic coronavirus conditions continue to restrict travellers from India. Canada boasts of a vaccination record of more than 75 per cent of its eligible population, one of the highest rates in the world. For the second consecutive year, TIFF screenings are, however, available online for the industry and press professionals unable to attend the festival.

“While the world is definitely moving towards a degree of normalcy, many of our industry and press colleagues may not be able to travel across international borders. In response, we have brought back the TIFF Digital Cinema Pro platform that will host Press & Industry screenings, the Industry Conference, press conferences, as well as the TIFF Industry Selects market,” explains Vicente.

Last year, Indian director Chaitanya Tamhane’s ‘The Disciple’ had won the Toronto festival’s Amplify Voices Award for the Best Feature Film by an under-represented filmmaker, along with the TIFF Tribute Award for Mira Nair and the Rising Star prize of the festival for Tanya Maniktala, who played the lead role in A Suitable Boy, Mira Nair’s TV adaptation of Vikram Seth’s famous novel, which was part of TIFF’s Primetime programme for TV series. By Faizal Khan