Yaoshang festival begins amid surge in Covid-19 cases in Manipur

The State government had already announced the banning of all forms of person-to-person contact, including Thabal Chongba, a popular folk dance and one of the top draws of the traditional Yaoshang festival. 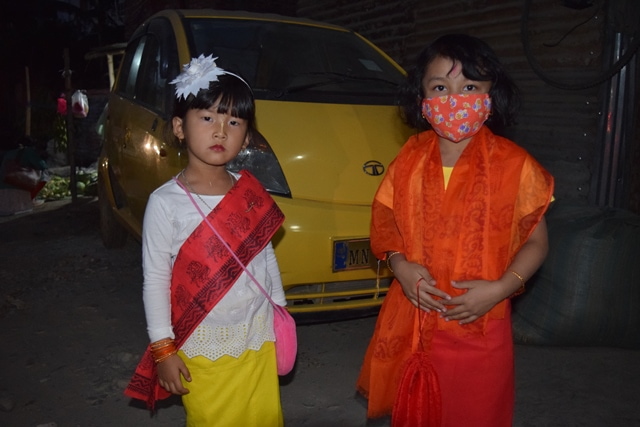 Nine persons from the general population tested Covid-19 positive while four persons recovered and were discharged during the last 24 hours leading up to 5 pm of Sunday in Manipur. During the same period there were no reports of any Covid related death, as per an official press note from the Covid-19 Common Control Room

The State government had already announced the banning of all forms of person-to-person contact, including Thabal Chongba, a popular folk dance and one of the top draws of the traditional Yaoshang festival.

On Saturday, Manipur Chief Minister N Biren Singh appealed to the people of the State to be responsible and judicious and observe COVID appropriate behaviours while celebrating the Yaoshang.

Taking into consideration that a State with not a large population Manipur could be worst affected by the second wave of the pandemic, the Government had come up with the decision to disallow activities involving person to person contact such as Thabal Chongba, Jatrawali and musical concerts among others, he added.

The Chief Minister informed that the state government had also issued order imposing regulation on organising Yaoshang sports with strict observance of Standard Operating Procedures. Regarding torch lighting relay, he added that a maximum of 20 persons for each club shall be allowed to carry the torch till Kangla and only 5 persons shall be allowed inside Kangla for the torch relay.

Yaoshang festival of the indigenous Meitei community is celebrated for five days starting on the full moon of Lamta (February-March) of the Meitei lunar calendar.

It is often described as Manipur’s version of Holi, but unlike the Festival of Colours, it has a traditional fervor. During this period, the state comes alive with myriad festivities — from sporting events during the daytime to Thabal Chongba dance at night.