The government is currently paying about Rs 10,000 crore in just interest and also paying the principal. 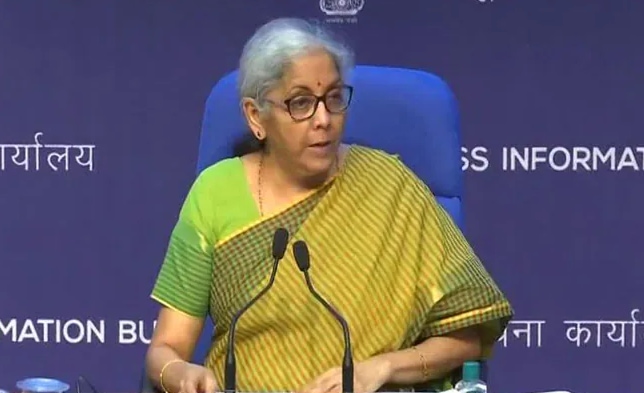 New Delhi: There seems to be no relief in sight for consumers feeling the heat of higher fuel prices with the government insisting that it has to pay dues on account of oil bonds issued during the UPA era to keep diesel and petrol prices in check.

The Modi government has so far paid Rs 70195.72 crore in interest alone towards oil bond redemption.

Union Finance Minister Nirmala Sitharaman on Monday told reporters that the total principal due on account of oil bond was Rs 1,30,923.17 crore as on March 31, 2021 and the amount has to be cleared along with interest payment by the financial year 2025-26.

The government is currently paying about Rs 10,000 crore in just interest and also paying the principal.

Sitharaman said that the then UPA government had issued the oil bonds to cut fuel prices. She said that in 2024-25 the government would make payments of more than Rs 25,000 crore in a year.

On a specific query about reducing duties on fuel prices, the Minister said that it is a quite complex issue and the Petroleum Ministry was looking into the issue.

Sitharaman noted that the present NDA government does not want to act irresponsibly and would not burden the coming government. Further, the Modi government is carrying the burden of the UPA government.

She said that a white paper had also been issued on it.

On being asked about state governments reducing VAT on fuel prices, Sitharaman said that Tamil Nadu had done so in the wake of assembly elections.

She said that fuel prices had earlier been increased by Rs 7 a litre and now it has been cut by Rs 3 a litre.

As regards glitches in filing online income tax returns, the Minister said that the issue would be resolved in the next two days.

She explained that when the portal was launched in June this year, some issues had cropped up and then the company (Infosys) managing it had been contacted and asked to sort them out.

In this regard, the Revenue Secretary had been monitoring the functioning and Nandan Nilekani of Infosys had given a presentation.

The Minister said that many taxpayers had also sent their suggestions and they demanded that that the old portal be made operational. But this cannot be done as the features available on the new portal are not there on the old portal.

She noted that the Institute of Chartered Accountants of India (ICAI) had also been approached on the issue and reiterated that all related problems would be resolved in the next two days.