Were Russian soldiers shot after surrendering?

They emerge one by one and lie down on the ground. Voices can be heard asking if everyone is out. 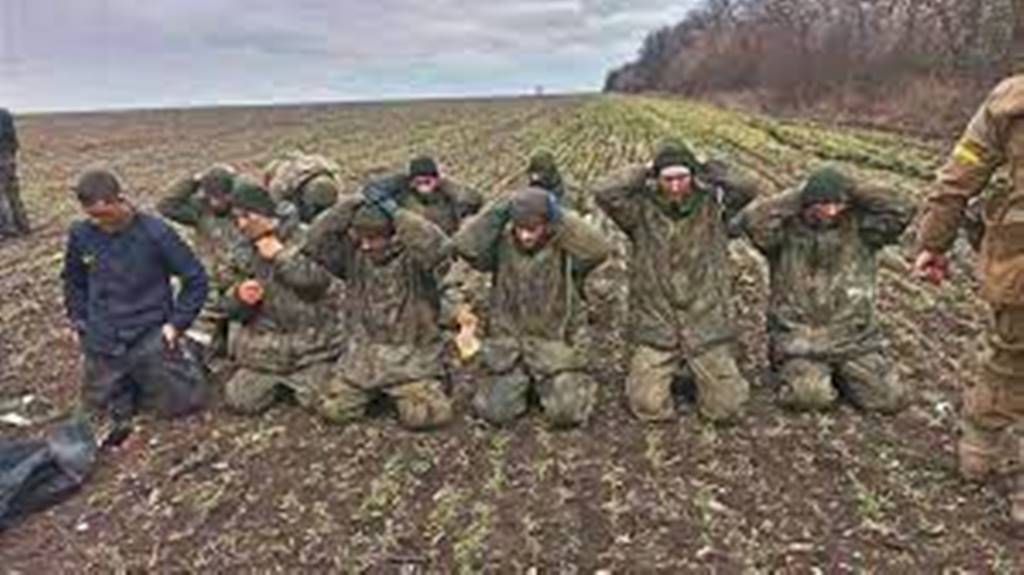 Moscow: A video has emerged from the frontline in eastern Ukraine showing the surrender of a group of soldiers in an incident that appears to end in their deaths.

Russia has reacted to the footage, accusing Ukraine of executing Russian prisoners of war, which would be a war crime. Ukraine has not yet responded to the allegations.

The incident happened on or before November 12 in Makiyivka, a village on the frontline in Luhansk region.

Drone footage appeared later that day and on Sunday on pro-Ukrainian sites showing the bodies of a number of uniformed soldiers lying on the ground in a farmyard, BBC reported.

Part of the footage from this scene also appears in a video posted online by the Ukrainian Ministry of Defence about military operations in the Makiyivka area.

Some social media posts suggest a mortar strike was responsible.

But that version of events has been challenged by pro-Russian outlets who claim the soldiers were shot by personnel from Ukraine’s 80th airborne assault brigade.

Then on November 17 more video footage emerged, this time filmed from ground level by someone present at scene, and shouting can be heard in Ukrainian for anyone hiding inside a shed to come out.

They emerge one by one and lie down on the ground. Voices can be heard asking if everyone is out.

The captors speak Ukrainian in the video, while the uniforms of the captives look Russian not Ukrainian. The Russian defence ministry and media has also said the prisoners are Russian.

This video then shows a man dressed in dark clothing emerging. He appears to be armed and to open fire as he steps forward.

The camera then falls away as gunfire rings out. The video ends in blurred confusion.

The aerial footage (from the drone) and the video filmed on the ground appear to match the same scene.

Russia’s defence ministry has denounced what happened as a “deliberate and methodical murder” by shots to the head of more than 10 immobilised Russian servicemen. It goes on to say that it is “not the first and not the only war crime” by Ukrainian forces.

Killing or wounding a combatant who has laid down their arms and surrendered is a war crime.