Three points lift Odisha FC up into third in the table, three off Mumbai City FC, with a game in hand. 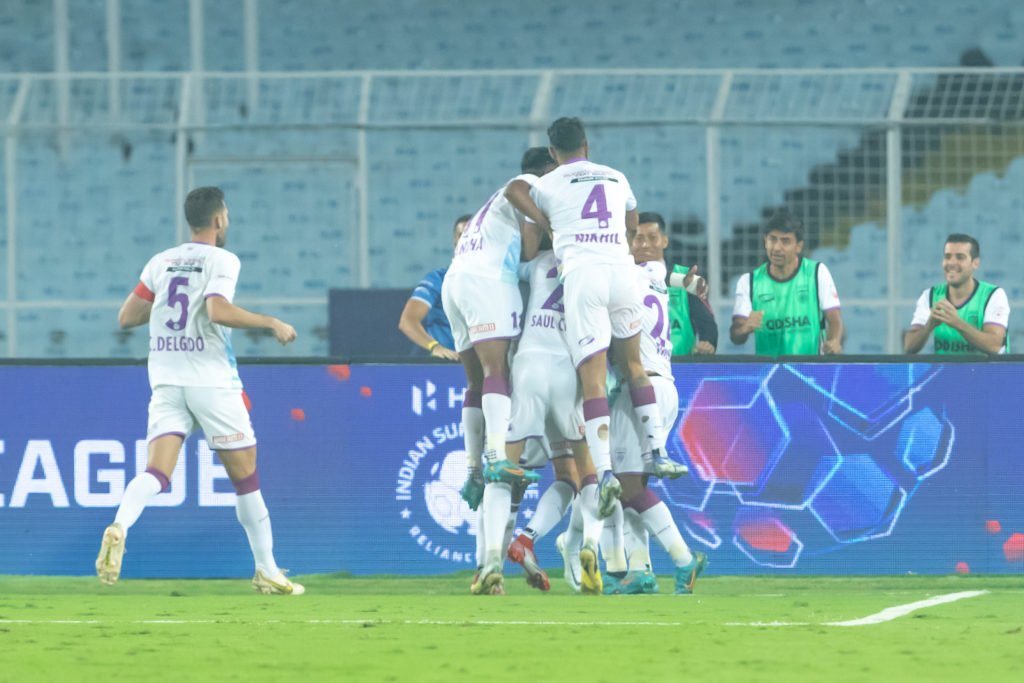 Half-time substitute Pedro Martin bagged a brace to restore parity three minutes after coming on. Jerry Mawihmingthanga and Nandhakumar Sekar wrapped up the three points later on. Thongkhosiem Haokip and Naorem Singh had put East Bengal 2-0 up in the first half.

The hosts were forced to make one change to their starting XI as Pritam Singh replaced the injured Jerry Lalrinzuala and started his first match of the season. The visitors made two changes that dropped Denechandra Meitei and Mawihmingthanga to the bench as Narender Gahlot and Isaac Chhakchhuak started.

Midway through the first half, Haokip broke the deadlock. Jordan O’Doherty’s through ball from the halfway line caught Odisha FC’s high back-line off-guard as Suhair skipped the offside trap before teeing up Haokip from the right flank. The forward calmly tapped the ball into an empty net in the 23rd minute.

The Torch Bearers doubled their advantage 12 minutes later. Charis Kyriakou did well to win the ball in midfield before Cleiton Silva flicked the ball on for Suhair. This time the winger whipped a low cross in from the left flank as Naorem darted in to score.

Josep Gombau made four impactful substitutions at half-time. In the 47th minute, Pedro, who came on for Isaac, was played through by Mauricio before smashing it in with his first touch after coming on. A minute later, substitute Denechandra Meitei’s cross was headed back across goal by Mauricio and headed into the back of the net by Pedro again.

The comeback was complete in the 65th minute. Meitei whipped another good cross into the box as Mawihmingthanga headed it in from close range at the far post to give his side the lead. The Juggernauts established a two-goal cushion after Saul Crespo’s long diagonal found Sekar on the left flank. The winger beat substitute Sarthak Golui before smashing in Odisha’s fourth and final goal of the night from a tight angle in the 76th minute.

Three points lift Odisha FC up into third in the table, three off Mumbai City FC, with a game in hand.

The Juggernauts will host Chennaiyin FC next on November 24.

East Bengal FC remain in eighth place and will travel to Jamshedpur for their next game on November 27.