We should aim to make Arunachal as Gate of Trade with our neighbours: Khandu

“By 2047, we should aim to make Arunachal Pradesh as a Gateway of Trade with our neighbours,” said Khandu while speaking at the inaugural session of the one-day International Buyer Seller Meet (IBSM) at the DK Convention Centre here. 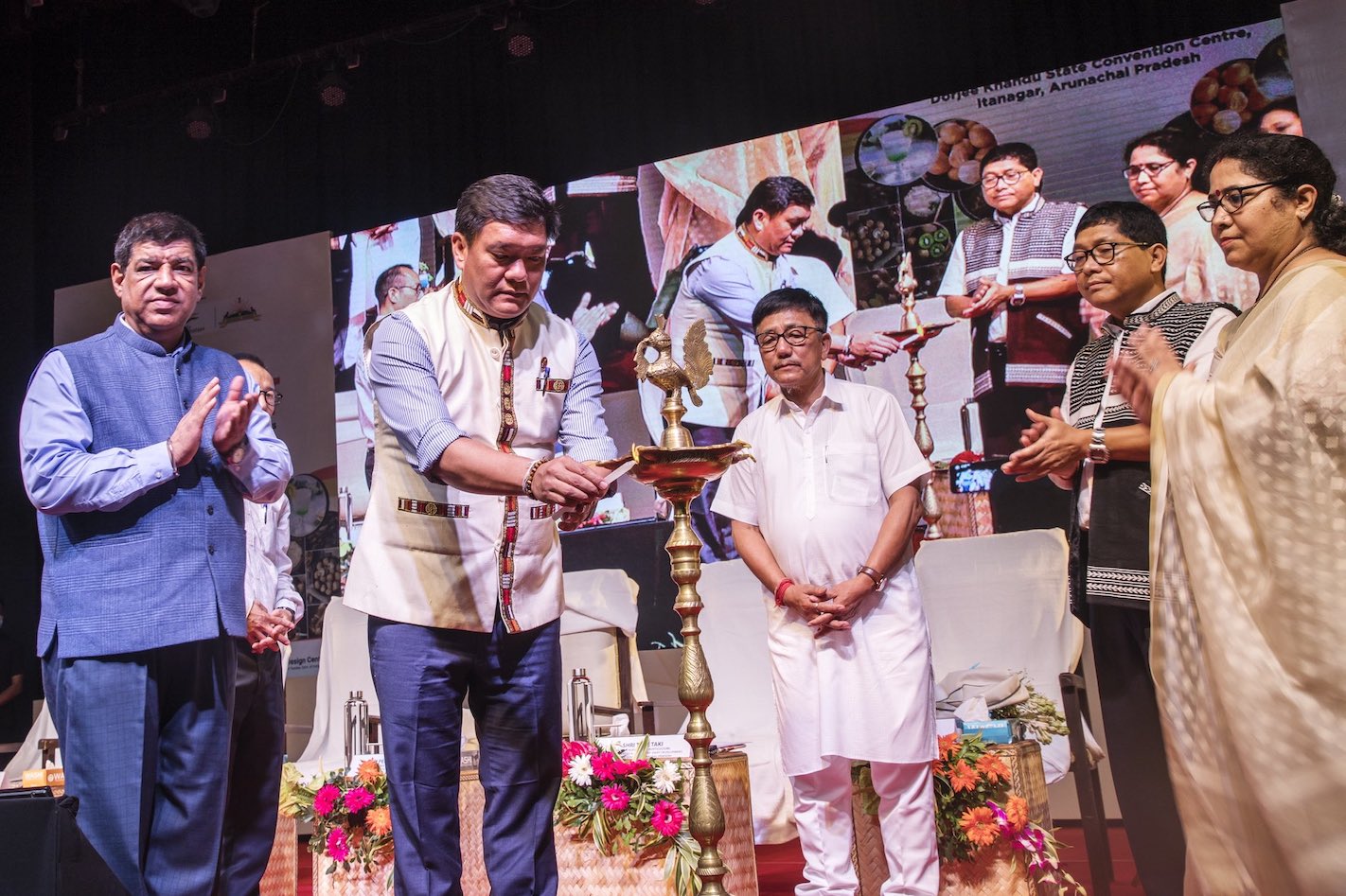 Itanagar:  Arunachal Pradesh Chief Minister Pema Khandu on Tuesday asserted that the state has “huge domestic and international potential for trade” as it shares borders with countries like Tibet (China), Myanmar and Bhutan.

He said in tandem with Government of India’s focus on ‘Neighbourhood First Policy’, the state’s trade relations can be further improved by using connectivity links like Pangsau Pass (with Myanmar) in the East and Lumla-Tashigang road (with Bhutan) in the West.

“By 2047, we should aim to make Arunachal Pradesh as a Gateway of Trade with our neighbours,” said Khandu while speaking at the inaugural session of the one-day International Buyer Seller Meet (IBSM) at the DK Convention Centre here.

IBSM was being held for the second time in Arunachal Pradesh by the Agricultural and Processed Food Products Export Development Authority (APEDA), an apex body of Ministry of Commerce, to promote exports of potential agricultural and processed food products from Arunachal Pradesh and provide market linkage to producers. The first such meet in the state was held in 2019.

The ‘short distance market’, he said, is the existing market within the state, which needs to be further strengthened by roping in the Indian Army and paramilitary forces, who are posted in the state in huge numbers, as potential buyers.

“While under the ‘middle distance market’ we can work on developing markets with rest of the country including states in the North East, we need to explore and open marketing avenues with neighbouring countries,” Khandu explained.

Underscoring the importance of GI (Geographical Indication) tag, which has become a powerful tool to depict the uniqueness and distinct characteristic of the product, while competing in the international market, Khandu requested the departments concerned to pursue GI tagging of products in coordination with APEDA.

“Our Arunachal Oranges have received GI tag. We are the largest producers of Kiwi in the country and we have started exporting several other fruits. In order to popularise unique products from the state we should work towards identifying more such local products from agri-horti, textiles and handloom sectors which can be GI tagged,” he suggested.

The Chief Minister expressed hope that the exchange of views and ideas between sellers from the state and buyers from across the country and abroad would open new avenues of markets and lay foundations for more in future.

Also hoping that the state government departments and agencies would take full advantage of all APEDA schemes and programs, he requested the central agency to keep in loop the state’s Agriculture and Horticulture departments and the Arunachal Pradesh Agriculture Marketing Board (APAMB) in all its future endeavours.

More than 50 participants from all the eight North Eastern states displayed a wide range of their agricultural products, while over 20 buyers from India and abroad, including the USA, Melbourne (Australia), Ghana (East Africa), Indonesia, Bhutan, Myanmar and Nepal, participated in the BSM.