"Met people affected by flood and landslides at Haflong and assured them of remedial measures," Sarma said on his Twitter handle. 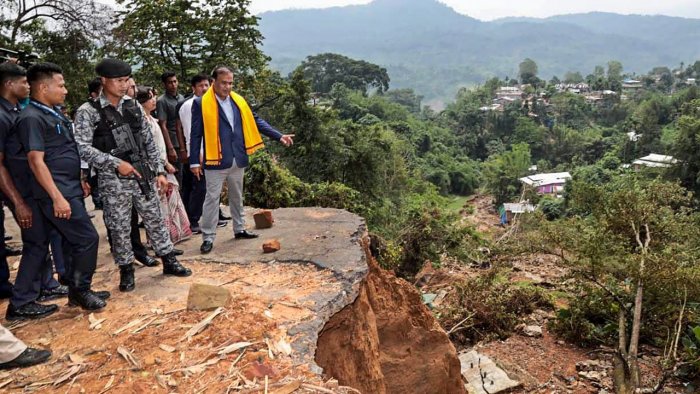 Guwahati: Assam Chief Minister Himanta Biswa Sarma on Tuesday visited the flood-ravaged Haflong, headquarters of Dima Hasao district, and assured the affected people of urgent remedial measures, including support from both the central and state governments.

“Met people affected by flood and landslides at Haflong and assured them of remedial measures,” Sarma said on his Twitter handle.

The Chief Minister inspected areas affected by landslides, including a road at Sarkari Bagan which got badly damaged by floods and promised that restoration work will start soon.

The Chief Minister directed the authorities to ensure quick restoration of road connectivity in the region for convenience of the people.

Along with leaders and officials, he held a meeting with the Dima Hasao District Administration to review the preliminary destruction caused due to the landslides, and stressed on immediate resumption of full-scale transportation.

The Chief Minister assured the people that both the Central and the State Governments will help North Cachar Hills Autonomous Council (NCHAC) with adequate funds to tide over the present crisis.