The declaration reads that ‘The Indigenous Four Cognate Tribes of Inpui, Laingmai, Rongmei and Zeme had never practiced poppy plantation nor been involved with any kind of illegal drugs since time immemorial.’ 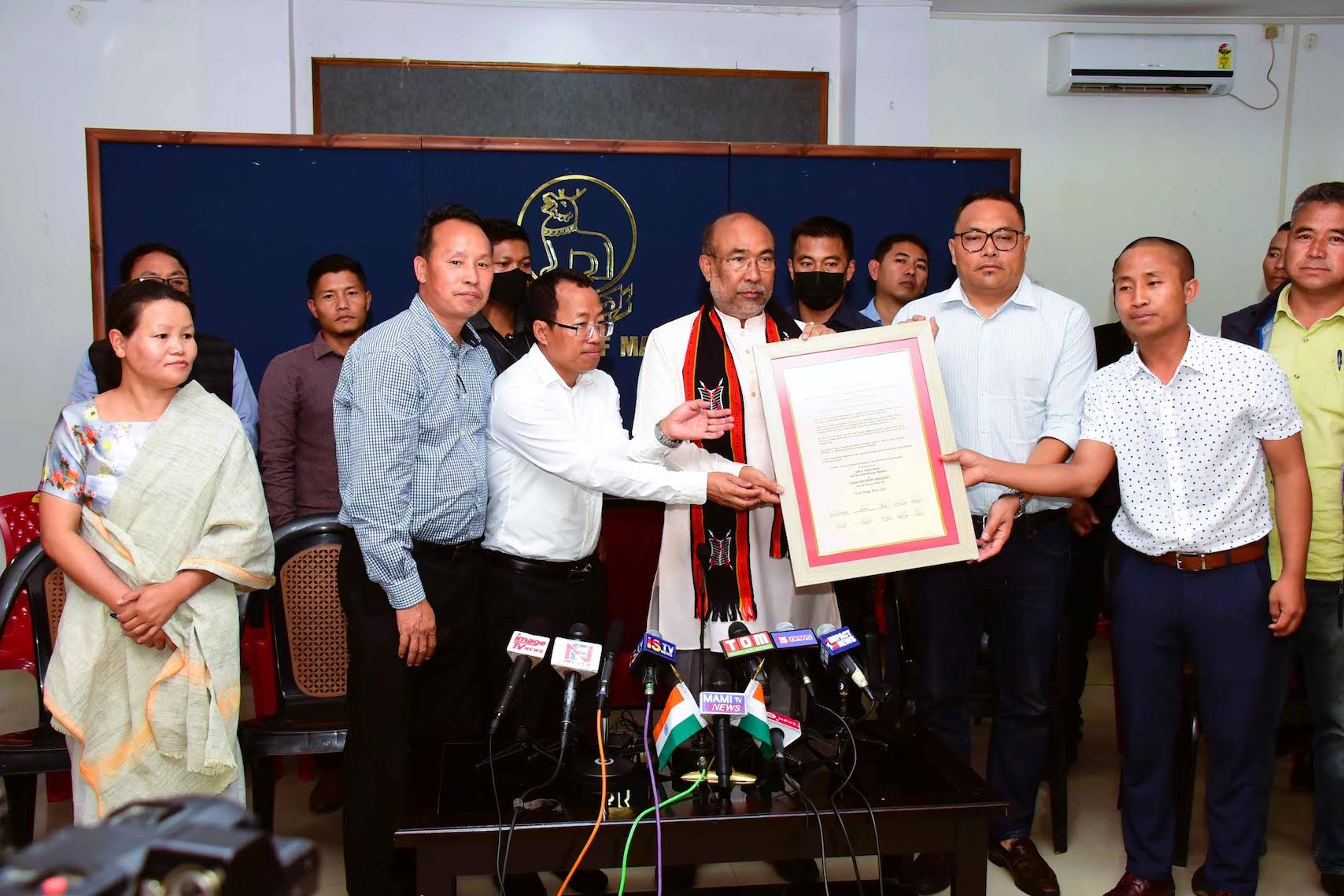 The declaration reads that ‘The Indigenous Four Cognate Tribes of Inpui, Laingmai, Rongmei and Zeme had never practiced poppy plantation nor been involved with any kind of illegal drugs since time immemorial.’

The declaration further stated that following the righteous footsteps of our forefathers, the four cognate tribes reiterated their stand against illegal drugs and poppy plantation. The Joint Tribes also resolved to continue preserving, conserving the unadulterated forests, its resources and give life a valuable living’.

Addressing the media, Chief Minister Shri N. Biren Singh appreciated the two tribal bodies for giving full support to the government at all times, particularly in its fight against drugs, in the wider interest of the people. Continuing that the State had been facing problems of drugs related activities which are detrimental to future generations, he maintained his government had started the War on Drugs Campaign to uproot the ill effect of drug menace in the State.

Stressing on the harmful effect of poppy cultivation on the environment including deforestation, degradation of soil fertility and pollution of water, the Chief Minister further appealed to all those carrying out drugs related activities to stop it and come out in support of the War on Drugs Campaign.

He informed that mass campaigns had been started by meeting locals of different villages to provide awareness to the people about the ill effects of poppy plantation.

Biren informed a meeting of concerned officials from different departments including Forest and Police about the encroachment of land at Reserve Forest and Protected Forest areas of the State. He continued that DFOs had been instructed to ensure that no deforestation activities are carried out at Reserved and Protected Forest. Further, DFOs are instructed to take action against any person involved in poppy plantation by registering FIR and also to start carrying out afforestation activities.

The Chief Minister also appealed to all the government employees to not sublet government quarters to any unauthorised people and further warned that action would  be initiated immediately if they were found to be.

He stressed that the operation had been taken up to check misuse of flag post vehicles in carrying out illegal activities.

Representatives of the Joint Tribe Council (JTC) also appealed to all communities of the State to join hands and stand together to uproot drug menace from the State.