US will use force against Iran as last resort: Biden

"They’re closer to a nuclear weapon now than they were before," said the President. 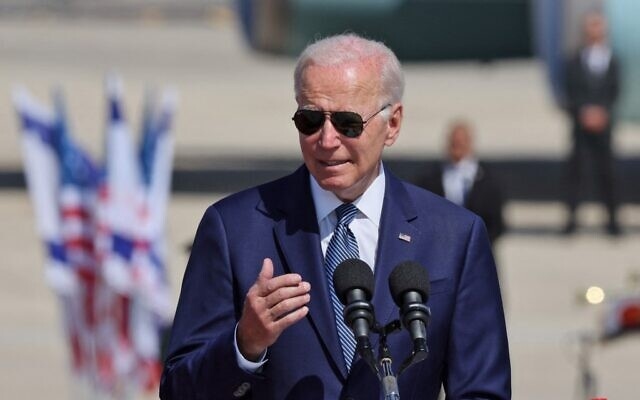 Washington: US President Joe Biden has said that using force against Iran would be the “last resort” in preventing it from obtaining nuclear weapons as he preferred negotiations.

During an interview with an Israeli TV channel, which was telecast on Wednesday, the President was asked whether the US would use force to stop Iran’s nuclear program, he replied: “as a last resort, yes”.

“Iran cannot get a nuclear weapon,” he emphasized.

The Times of Israel quoted the President as saying that “the only thing more dangerous than the Iran that exists now is an Iran with nuclear weapons.”

He pointed out that his predecessor Donald Trump had made “a gigantic mistake” in pulling out of the 2015 agreement, formally known as the Comprehensive Plan of Action, that removed sanctions from Iran in exchange for restrictions on its nuclear program. The pact, which was signed between Iran and the US, UK, France, Russia, China, and Germany, was aimed to prevent Iran from getting atomic weapons.

With Trump withdrawing from the JCPOA in 2018 and reinstating sanctions on Iran, the latter dropped several of its commitments and increased its uranium enrichment to a point that experts say puts it close to producing a bomb.

“They’re closer to a nuclear weapon now than they were before,” said the President.

According to The Times of Israel, talks between the remaining signatories to the deal and Iran to revive the JCPOA have stalled, with a key issue said to be Washington’s rejection of Tehran’s demand that its Islamic Revolutionary Guard Corps be removed from the US terror blacklist.

Biden has warned that the US would not renew the stalled nuclear talks if the condition was to remove the IRGC from the list.

The US President is currently on his four-day trip to the Middle East, including a stop in Saudi Arabia.