“From now onwards, Congress will reply to each and every attack of BJP on the former party workers and leaders. Because BJP cadres are not listening to their leaders and also, police are not acting on the legal framework.” 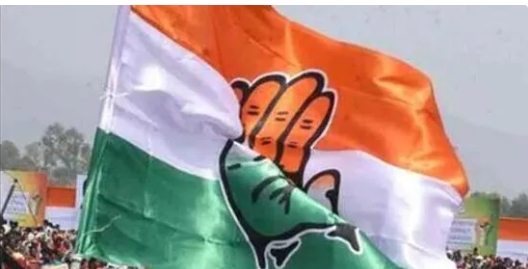 Agartala: Tripura Pradesh Congress Committee on Thursday called a 24 -hrs general strike in three northern districts of the state protesting against the violence perpetrated on opposition workers and seeking the security of the Congress leaders along with 15 other demands on July 21 next.

Congress state president Birjit Sinha alleged that the cadres of the ruling BJP has become unruly and gone out of control because of the lawlessness situation for the last four and half years under Biplab Kumar Deb’s rule and now despite repeated warning from BJP President and Chief Minister Dr. Manik Saha to stop the violent culture nothing is changed.

“The party which claimed to be the largest political formation in the world having no discipline and control of the leaders over their cadres is nothing but a hooligan party and assemblage of undemocratic creatures,” Sinha alleged and added Congress has shown its tolerance against the atrocities of ruling party cadres as of now, but time has come to respond them in their language.

He threatened that Congress doesn’t indulge in violence and attacks but the party has the right and the capacity to resist the criminals and anti-social elements and said, “From now onwards, Congress will reply to each and every attack of BJP on the former party workers and leaders. Because BJP cadres are not listening to their leaders and also, police are not acting on the legal framework.”

Sinha pointed out that Congress will observe a bandh on July 21 next Unokoti, North Tripura, and Dhalai districts and demands include the immediate arrest of the accused involved in attacking Congress President, MLA Sudip Roybarman, AICC Secretary Szarita, and senior leader Asish Saha and others and ensure restoration of rule of law.

The party also demanded to form a Development Council for 50 underprivileged communities including 20 tribal clans, provide a currency loan of Rs 5 lakh to over three lakhs unemployed, stop collecting money from students in the name of the Vidya Jyoti scheme, and cancellation of Agnipath scheme.