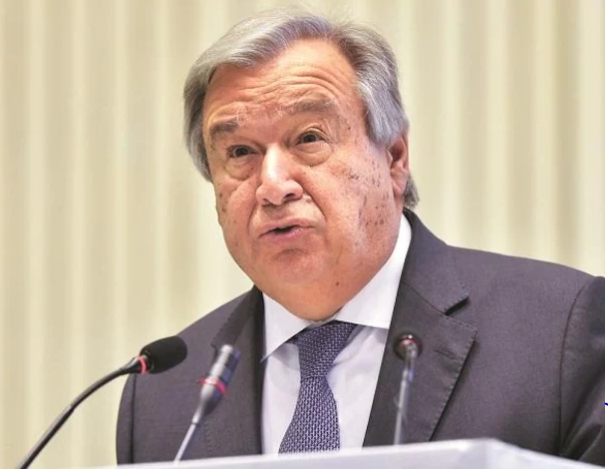 United Nations: UN Secretary-General Antonio Guterres has expressed concern over the protests held in Libya and has called for peaceful demonstrations, Stephane Dujarric, Spokesman for the Secretary-General said.

Mass protests against deteriorating living conditions erupted in several major Libyan cities on Friday. The demonstrators stormed the building of the Libyan parliament in Tobruk. A protest was also held near the government building in Tripoli.

“The Secretary-General is following with concern the demonstrations that were held in several cities in Libya, including Tripoli, Tobruk, and Benghazi, on 1 July,” Dujarric said in a Saturday statement, adding that Guterres “calls on all protestors to avoid acts of violence and on the security forces to exercise utmost restraint.”

Dujarric reiterated that the United Nations and the Secretary-General’s Special Adviser on Libya, Stephanie Williams, can act as mediators between rival political forces in Libya in order to find a way out of the political deadlock through the organization of elections.

The Libyan General Staff said on Saturday that the armed forces support the will of the people and the protesters’ demands that are “legitimate” in light of the deepening Libyan crisis and declining living standards. Nonetheless, the general staff called on the demonstrators not to inflict damage on government and private buildings and infrastructure and to protest peacefully. The armed forces also pledged to take “necessary measures” to protect “an independent Libyan solution.”

On March 1, the Tobruk-based Libyan House of Representatives voted for a new cabinet headed by Prime Minister-designate Fathi Bashagha, who previously served as the interior minister of the Government of National Accord (GNA). The incumbent interim Government of National Unity headed by Abdul Hamid Dbeibeh, who was appointed last year in an UN-backed process, refused to cede power. Dbeibeh has said that he does not intend to transfer power in the country before the presidential elections, thus the country currently has de-facto two prime ministers.

Dbeibeh has expressed support for the ongoing demonstrations in Libya, saying that the only way out of the crisis is holding elections.