Despite a looming Ukrainian advance on the key city of Kherson, Zelensky said the attacks have continued with force. Taking the town would be a symbolic victory for Russia. 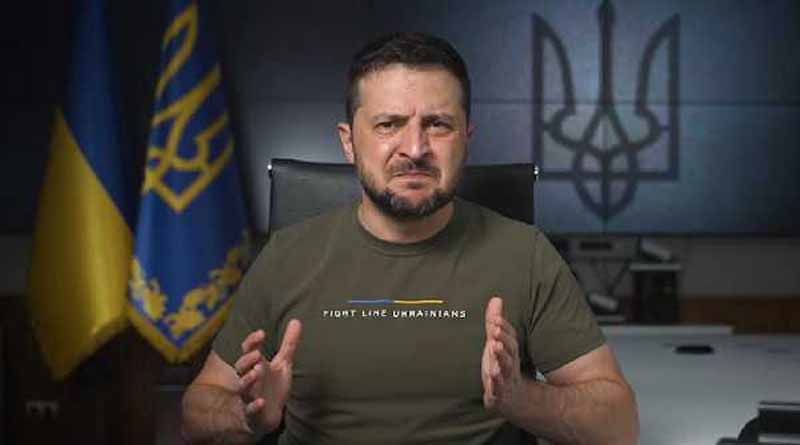 Kyiv: Ukrainian President Volodymyr Zelensky has called out Russian commanders’ tactics to capture the eastern town of Bakhmut as “craziness”.

Bakhmut in the Donetsk region which had a pre-war population of 70,000, has been in the eye of Russian attacks for months, the BBC reported. The town sits on a main road leading to the Ukrainian-held cities of Sloviansk and Kramatorsk.

Despite a looming Ukrainian advance on the key city of Kherson, Zelensky said the attacks have continued with force. Taking the town would be a symbolic victory for Russia.

As per analysts, the town has little military value in itself, though if Bakhmut were to fall it would bring other cities back within range of Russian artillery and help change the narrative of a conflict in which Moscow’s forces have been gradually retreating.

“This is where the craziness of the Russian command is most evident,” Zelensky said in his nightly address here in the national capital.

“Day after day, for months, they are driving people to their deaths there, concentrating the highest level of artillery strikes,” the Ukrainian leader said.

His advisor, Oleksiy Arestovych, said in one day Russian forces launched eight separate attacks on Bakhmut before lunchtime and had been pushed back on each occasion.

Regular Russian troops in the region are reportedly being supported by Wagner paramilitary mercenaries. The group’s founder Yevgeniy Prigozhin is said to want to capture the town as a political prize.

Despite the intense attacks, Zelensky said Ukrainian forces were holding their ground and hailed his troops as “heroes”.

Ukrainian forces also continue to advance in the south towards Kherson, where Russia has ordered civilians to evacuate.

While Zelensky did not offer a direct update on the advance, the BBC report quoted him as saying that his troops were “strengthening our positions everywhere at the front, reducing the capabilities of the occupiers, destroying their logistics and preparing good news for Ukraine”.