“We see no evidence that Russia is leaving without a fight,” the BBC quoted Mykhailo Podolyak, advisor to the presidential office in Ukraine as saying. 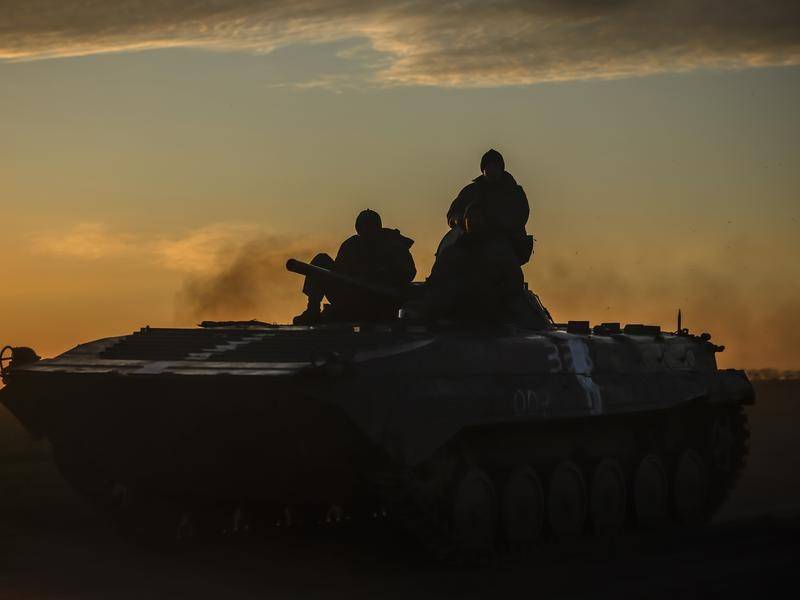 Kyiv: Significant as Moscow’s announcement is, there aren’t going to be convoys of Ukrainian tanks triumphantly moving into Kherson unchallenged, Kyiv has made it clear as they take a cautious approach to the turning point in the war.

“We see no evidence that Russia is leaving without a fight,” the BBC quoted Mykhailo Podolyak, advisor to the presidential office in Ukraine as saying.

President Volodymyr Zelensky’s military isn’t buying the “withdrawal” either, describing it as an attempt by the Kremlin to “save face”.

There are also practical realities which back up these reservations.

The Institute for the Study of War reckons Russian forces are simply now prioritising a withdrawal while delaying the Ukrainian advance.

That involves fighting, the BBC report said. Kyiv will nevertheless see this as an opportunity.

Moving thousands of Russian troops across a wide part of the Dnipro River with damaged crossings is extremely risky for the invading forces.

Large territorial gains are also going to be extremely rare once December arrives, the report added.

For President Zelensky, there is no better case for continued Western support than the liberation of Kherson as Russia has ordered the withdrawal from the only regional capital it has captured since the invasion began on February 24. It’s a significant blow for Russia and likely means its forces will pull out entirely from the western bank of the Dnipro river.

Moscow’s commander in Ukraine, General Sergei Surovikin, said it wasn’t possible to continue supplying the southern city. Since the start of its counter-offensive in August, Ukraine has consistently targeted the bridges used by Russia to supply troops in the area, using sophisticated Western longer-range weapons, the BBC said.

Kherson is located in southern Ukraine and before the war had a population of about 380,000. It lies on the banks of the Dnipro river near the Black Sea coast and is close to Crimea, part of Ukraine that Russia annexed in 2014.

If Ukraine were to recapture Kherson it could be seen as a gateway to recapturing Crimea.

“There is a lot of joy in the media space today, and it is clear why. But our emotions must be restrained,” he said. “The enemy does not bring us gifts, does not make ‘gestures of goodwill’.”

US President Joe Biden said the decision to withdraw from Kherson shows Russia’s military has “some real problems” as his administration estimated that around 100,000 Russian and 100,000 Ukrainian soldiers have been killed or injured since the war began.

Meanwhile Russian officials have said President Vladimir Putin will not take up Indonesia’s invitation to attend next week’s gathering of G20 leaders.

Key developments in the Russia-Ukraine conflict:

Despite several big pushes capital Kyiv continued to fight back.

Russia turns focus on the South East by March, takes control of Kherson, the first to fall

In April, Ukrainian forces retake large areas around Kyiv as Russia abandons push for the capital

In May, Ukraine manages to advance to the Russian border in counteroffensive to Kherson

In September beginning, Ukraine drove back Russian forces and claimed to have regained 3,000 sqkm, but Russia still held about 20 per cent of Ukraine

Now, the Russian defence minister has ordered the withdrawal of his forces from Kherson, and the west bank of the River Dnipro, a big victory for Ukrainians if it goes ahead