This product was used in the poisoning attack on former Russian military intelligence officer Sergei Skripal and his daughter, Yulia, four months earlier. 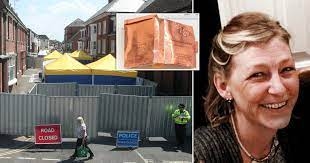 London: UK Home Minister Priti Patel announced on Thursday that the government will hold a public inquiry into the death of Dawn Sturgess, a British woman who died in July 2018, purportedly following exposure to the nerve agent Novichok.

This product was used in the poisoning attack on former Russian military intelligence officer Sergei Skripal and his daughter, Yulia, four months earlier.

“We are establishing an inquiry to ensure that all relevant evidence can be considered, with the hope that the family of Dawn Sturgess will get the answers they need and deserve,” Patel said in a statement.

Sturgess died at Salisbury District Hospital on 8 July 2018, after what authorities later called exposure to the nerve agent Novichok alongside her partner Charlie Rowley after they found a discarded counterfeit perfume bottle. Rowley also became ill but survived.

The UK police have claimed that the Russian intelligence operatives who allegedly tried to poison Skripal and his daughter had the used bottle to smuggle the nerve agent into the country.

The Russian government has repeatedly denied the accusations and on August 26, the Russian ambassador to the UK, Andrei Kelin, told BBC that Moscow had sent 54 diplomatic notes to London to receive information about the alleged poisoning of Skripal and his daughter, but requests were left unanswered.

The public inquiry to determine any possible Russian involvement will be chaired by retired senior judge Heather Hallett.