In a statement on Thursday, university officials underlined that with the growing prospect of learning foreign languages in the country, University wanted to start one-year diploma courses on the subjects 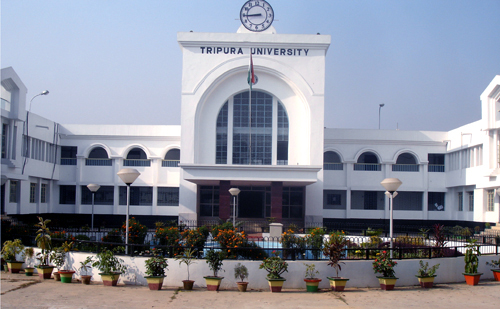 Agartala: The academic council of Tripura (Central) University has proposed the Ministry of Human Resource Development and University Grant Commission to introduce diploma courses in Japanese, Korean, Nepali and Manipuri Languages from the next academic session.

In a statement on Thursday, university officials underlined that with the growing prospect of learning foreign languages in the country, University wanted to start one-year diploma courses on the subjects besides, opening of post-graduate disciplines – National Security Studies, Social Work and Manipuri dance.

The statement said the proposed departments and courses will be started in a phased manner once the proposals would be accepted and grants are released by the ministry with the concurrence of UGC adding, “Several professional courses and integrated masters’ degree in a few conventional subjects have been running successfully in the university even disruption during Covid pandemic.”

The statement added that the High Commissioner of Bangladesh to India Muhammad Imran has interacted with the officials and faculty members of Tripura University on Wednesday to explore the possibility of further strengthening bilateral academic relations between the two countries, especially with Tripura because of its geographical proximity, socio-cultural and linguistic similarity.

The High Commissioner stated that the trade between India and Bangladesh has been growing very fast and at present, the trade volume stands at about 10 billion US dollar. Now, Bangladesh is eager to explore more possibilities of bilateral cooperation to facilitate the mutual growth of the two countries.