Tripura starts rationing of fuel as state cut off in Assam

The Civil Supplies department ordered rationing of fuel from Tuesday night, which created havoc across the state. 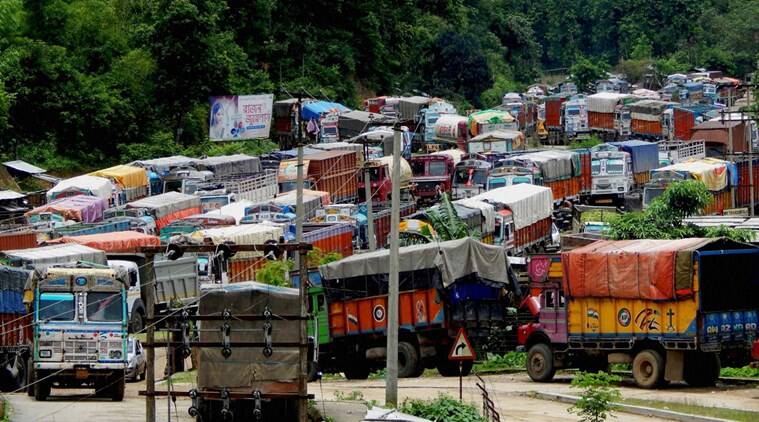 Agartala: Tripura government has imposed restrictions on the sale of petrol and diesel in the state due to shortage of supply following the snap of rail and road connectivity with Tripura at North Cachar hills for the last three days.

The Civil Supplies department ordered rationing of fuel from Tuesday night, which created havoc across the state.

According to the government order, the retail outlets were directed to provide fuel of Rs 1000 for four-wheelers, Rs 300 for three-wheelers and Rs 200 for two-wheelers each day until further order.

There was a long queue throughout the night in the fuel stations in the city that led to traffic congestion on the major streets here. Similar situations were reported from different sub-division towns and the fuel stations along the national highway.

“We have a manageable stock of fuel and based on which the retailers have been directed to regulate the supply chain. However, we are expecting very soon the situation would be normalised,” said Director Food and Civil Supplies T K Das on Wednesday.

It has been reported that the Badarpur railway track from Lumding has completely collapsed due to the landslide and heavy shower. Surface communication is also cut off and thousands of vehicles are loaded with essential items and a few passenger vehicles stuck on the road for two days.

The people who have been stranded in North Bengal and Guwahati couldn’t afford flight to return back, as air fare between Guwahati and Agartala shot up to Rs 10,000 due to disconnection of surface ways.

Tripura government has made a contingency plan for supply of essential items by road from Assam or via Bangladesh, officials stated.

“As of now, Tripura has no shortage of essential items and fuel but if the suspension of train services continues for a long time, it will impact the normal supply to the state,” Director Das said, adding that the officials here had taken up the matter with the Food Corporation of India.