Drugs worth Rs 182 cr seized in one month in Manipur: CM Biren

At the same time, the Chief Minister said, 380 acres of poppy plantations in the state have been destroyed by the police force. 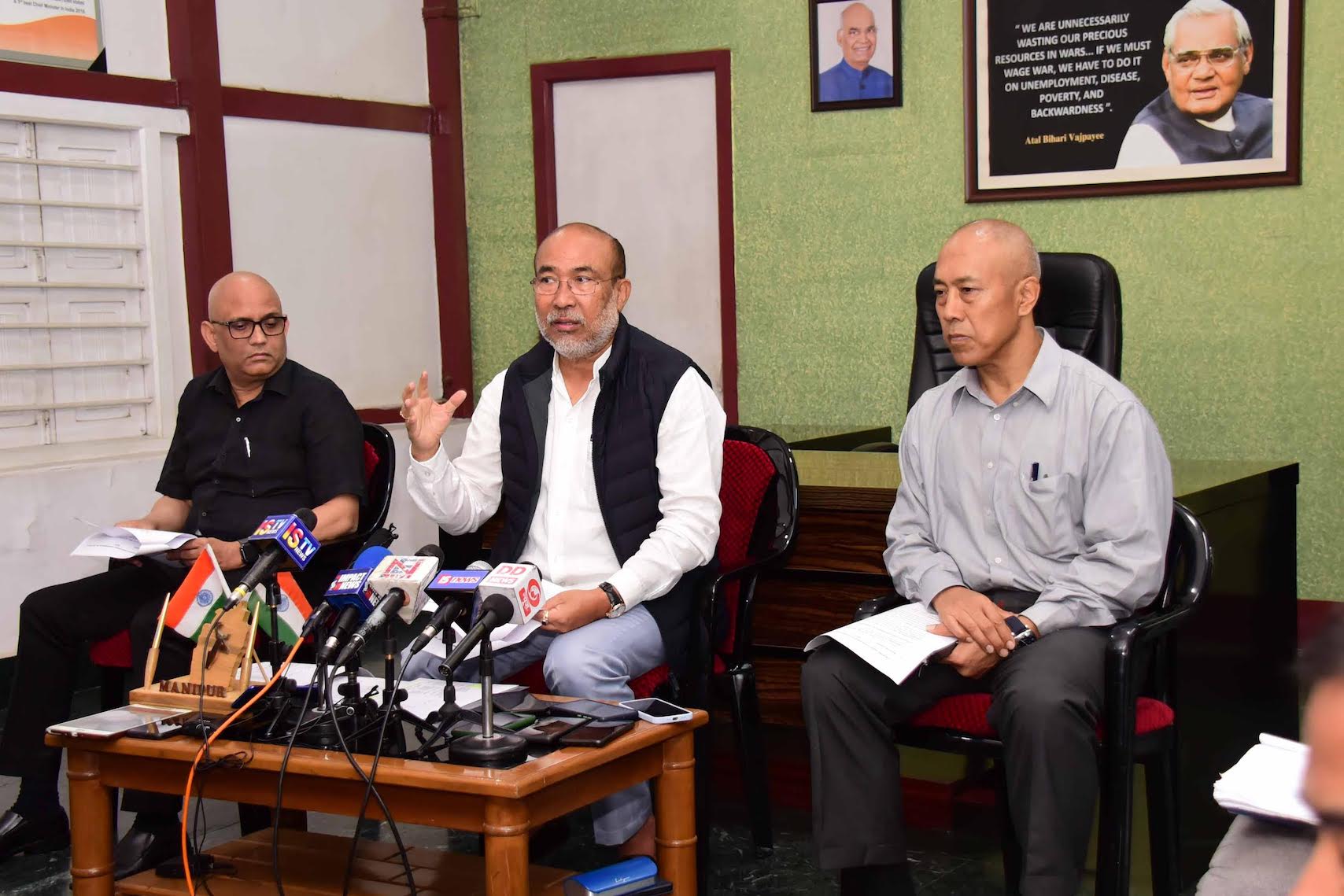 At the same time, the Chief Minister said, 380 acres of poppy plantations in the state have been destroyed by the police force.

Speaking to media persons at the Chief Minister’s secretariat, Biren further said that altogether 719.25 kgs of contraband Ganja, 940 grams of Brown Sugar, 18.7555 kgs of Heroin Powder, 87 kgs of WY Tablets (Methamphetamine), and 20 kgs of Crystal Ice (Methamphetamine) will be disposed of at the earliest.

The Chief Minister also appreciated all the communities especially Poumai, Tangkhuls, Inpui, Liangmai, Rongmei, Zeme and village chiefs of Saikul, Tengnoupal and Chandel for their support and cooperation in this war on drugs.  Biren credited the general public for all the achievements so far and said without their untiring support and positive response the government alone couldn’t have achieved all the success.

Regarding the arrest of so-called drug kingpins in the State, the Chief Minister said several drug traffickers have been arrested and named a few including one Monkhai, 19, from Myanmar. He said anyone convicted and lodged in jail for 14-15 years in drug-related cases is all kingpin.

Acknowledging the hardship faced by the people of the state due to incessant rains in the last few days,  Biren said his government is monitoring the situation 24X7, and required relief materials are being provided through concerned district administrations.

Stating that this is a seasonal occurrence, he further appealed to the people of the State to ensure that the drainage around their homes isn’t clogged.

The Chief Minister also highlighted the issue of illegal occupants at government quarters and said unauthorized occupants will be dealt with severely under the law and even FIRs will be lodged, if found appropriate. He continued that if any government employee is found sub-letting their accommodation, then actions like suspension and disciplinary actions will be taken up.

He said on receiving information about the presence of illegal occupants and anti-socials even in the police barracks, an operation was conducted. Altogether 34 employees have been suspended in this regard so far, he added.

Further briefing the media, the Chief Minister also said that a special drive has been initiated to check the number of vehicles allocated to Ministers, MLAs and all officials including the head of departments, and to takeover additional vehicles found in their possession.

Further issuing a strong warning against any police officer found utilizing uniformed personnel over and above their assigned official duties at their residences, N. Biren Singh said that an officer found doing so during a recent simultaneous raid at different locations has been put under suspension.

He condemned and cannot tolerate such excesses, the Chief Minister warned further.

Regarding the development of government quarters at New Checkon, the Chief Minister also said that the State government has taken a loan of Rs. 230 crores from HUDCO to construct a government residential complex in New Checkon, presently occupied by Tribal Colony quarters. This project was started to provide the needed accommodations to government employees.