According to the report, the Officer-in-charge of East Agartala Police Station has served an appearance notice to the I-PAC team summoning them to attend the investigating officer in the police station on different dates between July 31 and August 3 next. 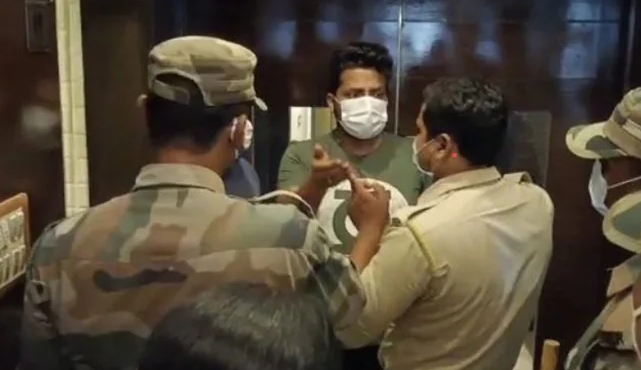 Agartala: A half-day after being tested Covid negative, Tripura police served notice to 23 members of the Indian Political Action Committee (I-PAC) team of poll strategist Prashant Kishore on Wednesday.
They were accused of violating Covid protocol during their stay in Tripura for the last week and all of them were charged under the Disaster Management Act and section 188 of IPC.
According to the report, the Officer-in-charge of East Agartala Police Station has served an appearance notice to the I-PAC team summoning them to attend the investigating officer in the police station on different dates between July 31 and August 3 next.
However, Superintendent of Police Manik Lal Das said, “Police have come to know that they breached the Covid protocol and IPC section and that’s why notices are served to explain their defence.”
He further stated that the members of the I-PAC team were tested negative and they were duly communicated and added, “They are now free to move following the Covid protocol and advised to maintain all safety if they visit the other places in the state and interact with the people.”
Meanwhile, I-PAC members stated although police had informed their Covid status but indirectly warned not to move out, which according to them, is completely unusual in India. They argued, “We have come with Covid negative report and here we have followed all regulations and protocol during our study and interaction. But it seems we have been targeted as a political opponent beyond our professionalism.”
“We have come here for an independent study of the political situation like other states of the country. Being an Indian we have got the right to move freely and pursue any profession, but the way Tripura government dealt with us in the last three days is simply a violation of fundamental rights and an insult to Indian citizens. We are very shocked and ashamed of Tripura police,” rued a member of I-PAC.
The visiting team of Trinamool congress comprising West Bengal Education Minister Bratya Basu, Law Minister Moloy Ghatak and former Rajya Sabha MP Ritabrata Banerjee had met the I-PAC team today after their arrival here and assured them not to be afraid, as the whole country has by now knew the fascist face of Biplab Kumar Deb government and law will take its course.
Sources said they would remain in the state until I-PAC finished their task and left Tripura. The Trinamool MP Kakali Ghosh Dastidar is scheduled to come to Tripura tomorrow and party general secretary Abhishekh Banerjee will also come here the day after tomorrow to hold protest activities in the state.