“We have a population of 30 lakh, and Assam has over 3 crores plus population. However, our spending has been better, so we were accorded higher allocation. Our per capita spending is close to Rs 17000 in wage component per beneficiaries,” Chief Minister Sangma said 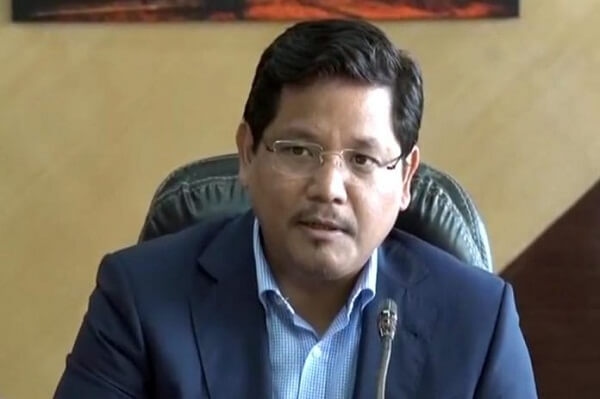 Shillong: Meghalaya has earned the reputation of being one of the top-performing States in terms of implementation of the Mahatma Gandhi National Rural Employment Guarantee Scheme, or MGNREGS and has received an allocation of over Rs. 1600 crore budget, compared to even bigger States like Assam, Chief Minister Conrad K Sangma said on Wednesday.

“We have a population of 30 lakh, and Assam has over 3 crores plus population. However, our spending has been better, so we were accorded higher allocation. Our per capita spending is close to Rs 17000 in wage component per beneficiaries,” he said after inaugurating a footbridge over Rilang River at Jashiar village, a community-led initiative under Mahatma Gandhi National Rural Employment Guarantee Scheme (MG-NREGS) in the West Khasi Hills.
The 53 meters footbridge was collectively taken up by three Village Employment Councils – Nongbah, Marshillong and Jashiar, who completed the bridge in a record time of three months.
Later, he also inspected the Pradhan Mantri Awas Yojana (PMAY) houses in the village and handed over an ex-gratia amount of Rs. 50,000 to the family of a Covid deceased person at Sakwang village.
The Chief Minister interacted with community leaders and field functionaries on the fight against Covid-19 and encouraged the people of the area to come out for vaccination and inspected the Mawkyrwat Community Health Centre in South West Khasi Hills.
Taking part in various community-led interventions initiated by the Government in the district, he went to Mawsde village and inaugurated the functional household tap connections. About 25 households in the small hamlet were covered under Jal Jeevan Mission (JMM) in presence of State PHE Minister Renikton Lyngdoh.
Sangma later attended an interaction programme with the Producers Group (PG) under PRIME Meghalaya, an initiative of the Meghalaya Basin Management Agency (MBMA) at Mawkyrwat DC office campus, where the PGs expressed their concerns related to farming, up-scaling and market linkages.
The Chief Minister expressed his government’s commitment to leverage farming activities by extending financial support and informed about the Chief Minister’s Producer Group Support Program (CM-PGS) which will facilitate farmers to increase their production, improve productivity, facilitate credit linkages and strengthen access to markets for those engaged in farming, livestock rearing and related activities.
During the programme, he also handed over cheques to 15 different groups, who came together to form the PGs to upscale their farming activities and double their incomes.
“I have been personally visiting different parts of the State to understand and address the problems of our farmers so that we can plan and formulate policies that are pro-farmer and pro-people,” Sangma said.