MGNCRE is awarding institutions that are making progress towards a ‘Swachh Bharat,’ and vigorously taking part in maintaining a clean and hygienic environment. 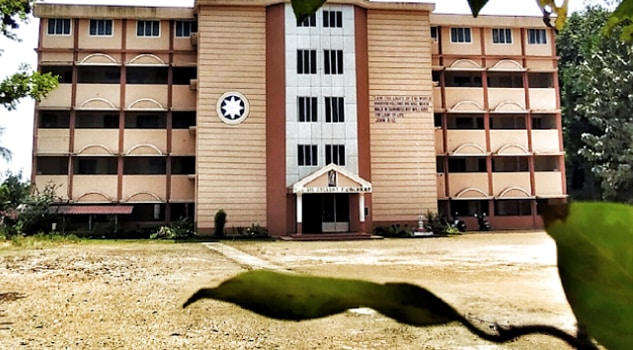 Itanagar: Saint Claret College, Ziro in Lower Subansiri district of Arunachal Pradesh was awarded the ‘One District One Green Champion Award’, by Mahatma Gandhi National Council of Rural Education (MGNCRE), Union Ministry of Education, under Swacchta Action Plan 2020-21.
MGNCRE is awarding institutions that are making progress towards a ‘Swachh Bharat,’ and vigorously taking part in maintaining a clean and hygienic environment.
SCCZ was picked as the ‘Green Champion’ of Lower Subansiri district, as a recognition for its proactive commitment towards a cleaner environment manifested in various green initiatives.
In Arunachal Pradesh, three institutions were selected for the prestigious ‘One District One Green Champion Award’ with Apex Professional University, Pasighat in East Siang district and Arunodaya University, Naharlagun under Papum Pare district, being the other two recipients.
During the award ceremony, SCCZ highlighted its green initiatives viz, greenery on campus, rainwater harvesting, energy management, observance of environment related days, waste disposal, annual cleanliness drives and organising sensitisation programs to bring about environmental consciousness.
These efforts by the institution were appreciated by the officials from MGNCRE and the District Administration of Lower Subansiri District.
The award was given during a virtual ceremony which coincided with a workshop organised by MGNCRE on ‘Swacchta Action Plan’.
The resource person for the workshop was Dr Savita Mishra, MGNCRE, Hyderabad. Several pertinent issues were raised by Ms Mishra, and she also delved
into the criteria and parameters that were integral in choosing appropriate awardees.
Amina Nabam, Circle Officer, Lower Subansiri was present on behalf of the District
Administration, and gave away the award on behalf of Somcha Lowang, Deputy Commissioner, Lower Subansiri district.