This is the first time that the Chief Minister has reviewed the law-and-order situation of the state with the officer-in-charge of the police stations. 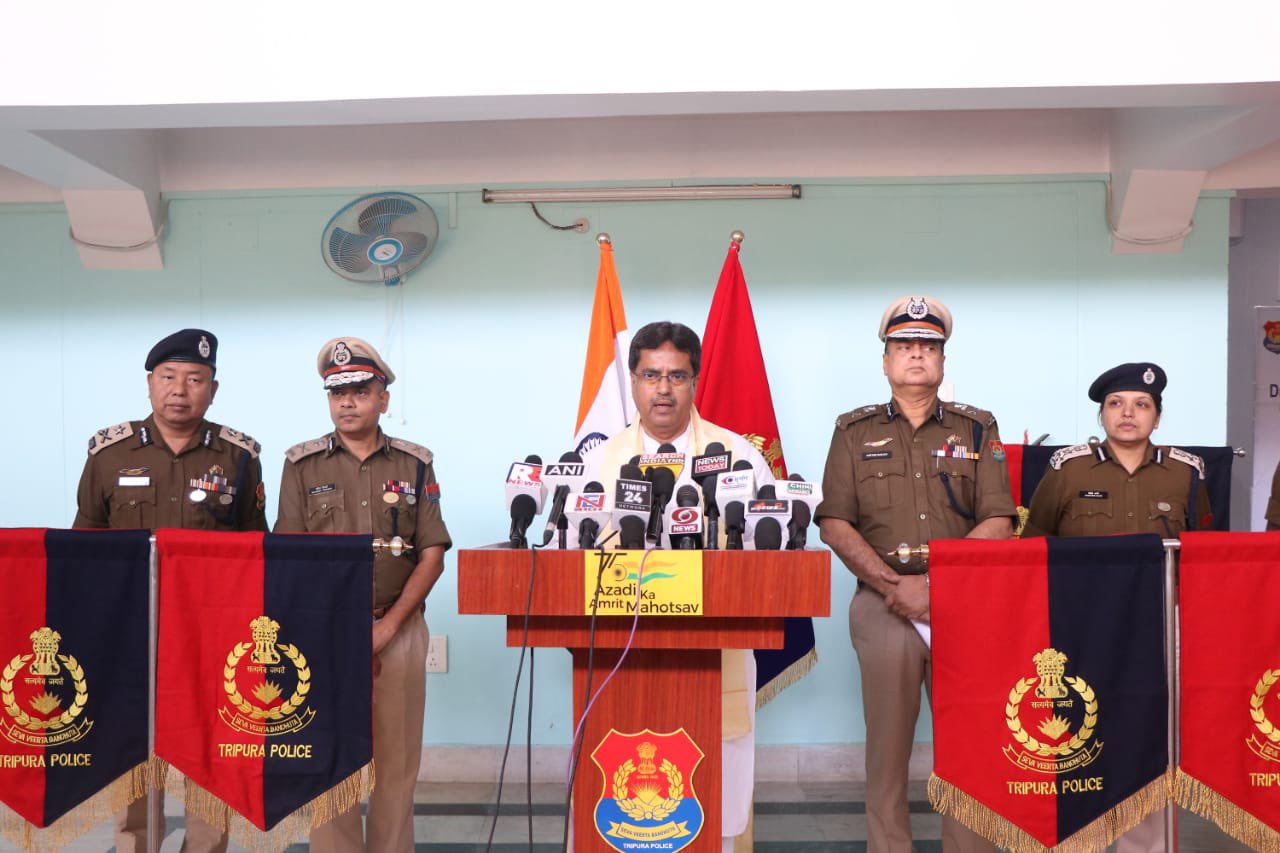 Agartala: Tripura Chief Minister Dr. Manik Saha on Sunday directed lower-level police functionaries to work dedicatedly to ensure the establishment of rule of law and stressed that the government wouldn’t condone dereliction at any level.

This is the first time that the Chief Minister has reviewed the law-and-order situation of the state with the officer-in-charge of the police stations. The top brasses of the home department and director general of police were also present at the meeting.

The meeting is considered significant in the wake of the allegation from the opposition parties about the breakdown of law and order in the state.

While appreciating the functioning of the police, Saha told the media later that the allegations of deterioration of law and order and increasing incidents of crime were baseless. Rather, the data revealed an opposite picture. However, there is room for improvement in the service delivery system, for which the government is working relentlessly.

The crime scenario under BJP’s rule since 2018 has improved significantly, the Chief Minister claimed and said, “The incidences of murder, dowry deaths, rape, molestation and other crime related to women have reduced between 15 and 35 percent in the last four and a half years. Despite several problems at ground level, Tripura police have been doing an appreciable job.”

“I heard the deliberation and assured appropriate steps to improve the situation. Accusing the police from outside is easy, but it is very difficult for the policemen to manage the problems on the ground. The opposition parties raise wild allegations about the crime rate and incidents, but I can assure the people of the state we are in a better position – fifth lowest in the country,” Saha said.

Saha is the first Chief Minister to hold law and order review meetings with the police executives up to the O.C level along with the DGP, IGPs, and DIGs. He has paid a number of surprise visits to police stations in different districts to streamline police functioning during his five-month tenure as Chief Minister.

Tripura has been in the headlines for the last four years for political violence, and attacks on MPs, MLAs, and ministers, besides several incidents of lynching, and murder of women.

The media outlets and journalists have also faced attacks, while the opposition parties have alleged political atrocities on their leaders and supporters in presence of police.

The opposition parties reacted sharply over the CM meeting OCs.

The situation has worsened to such an extent that the Chief Minister had to direct the police station in charge, alleged state Congress President Birjit Sinha. The higher-ups have failed to manage the situation, as BJP cadres are now “controlling” the police and carrying out “violent attacks under police protection”, he complained.

CPI-M State Secretary Jitendra Chowdhury observed, “The Chief Minister has completely failed to control his party cadres because of the internal feud among the leaders. The BJP leaders are directly using the police for their political purpose. The ministers are found holding meetings in the chanbers of the OCs and SDPOs,which never happened in Tripura earlier.”