BJP has been in an alliance with the tribal-based Indigenous Peoples’ Front of Tripura (IPFT) since the 2018 state assembly elections. 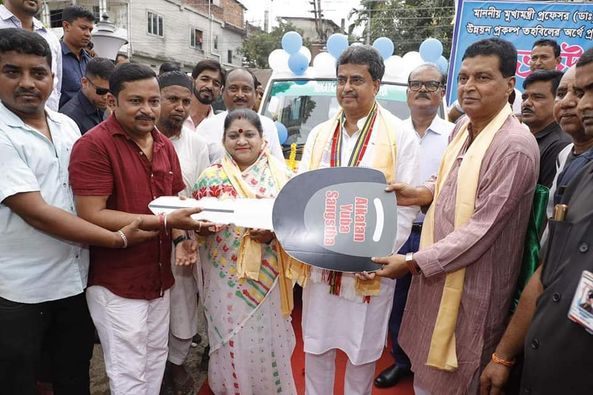 Agartala:  The TIPRA Motha, which runs the Tripura Autonomous District Council (ADC), on Sunday said it was not ready to tie up with any party by compromising its core demand for a Greater Tipraland and “welcomed” the BJP’s statement ruling out any alliance between the two parties.

State BJP Vice President Ashok Sinha had on Saturday told media that his party would not look for any new electoral partner ahead of the next assembly elections slated in February next year. BJP has been in an alliance with the tribal-based Indigenous Peoples’ Front of Tripura (IPFT) since the 2018 state assembly elections.

However, IPFT has seemingly seen an erosion of its base in the hills. According to IPFT leader and former Tribal Welfare Minister Mevar Kr Jamatia, BJP had promised to allow them to run ADC without any interference but, the commitment was never kept.

Sinha said BJP will not go to polls in alliance with TIPRA in the 2023 assembly polls. In a recent brainstorming session of the party in the presence of its central leadership, it was decided that the BJP will go it alone in the elections. However, after the elections, the central leadership in Delhi would decide whether the BJP needs to join hands with any other party.

“We don’t see TIPRA as a major factor and it’s not a headache for us. We are sufficiently confident that we will fight the election alone with the team that we have now. So, we did not consider anything. If anybody is willing to join us, they are welcome to talk to us. But a decision will be taken in Delhi”, Sinha said.

He pointed out that a recently held meeting chaired by the election in-charge Mahendra Singh decided against forming an alliance with the TIPRA Motha.

In last year’s ADC poll, IPFT failed to open its account, and thereafter one group decided to come out from the government and join the royal scion’s party TIPRA Motha. But, its president and seniormost leader N C Debbarma, who continues to be the Revenue Minister of the present state government, and a few others didn’t agree to merge the party with the Motha,

With the Motha’s dominance in the hills, BJP leaders including the party’s central leadership have been persuading Motha Chief Pradyot Kishore Debbarman to fight together against Congress and CPM in the next Tripura assembly elections. But refering to BJP’s non-compliance of poll commitment to IPFT in the last election, Pradyot has said his party would join hands with another outfit only after it received a written commitment for implementation of Greater Tipraland.