The chief of the grand old party paid floral tributes to Nehru at Shanti Vana here early this morning. 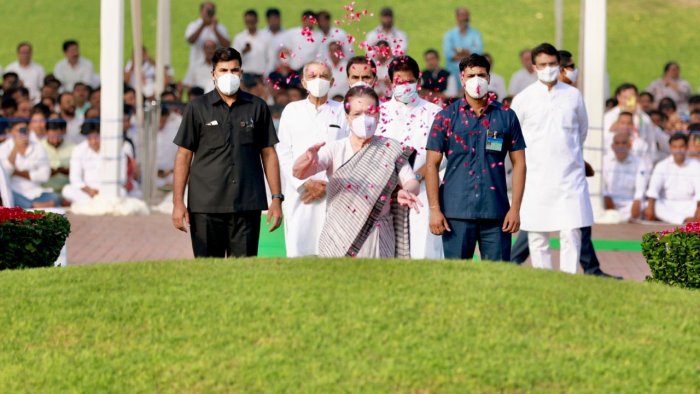 Prime Minister Narendra Modi on Friday paid tributes to the first prime minister of India on his death anniversary.

“Tributes to Pandit Jawaharlal Nehru Ji on his death anniversary,” PM Modi said in a tweet from his personal Twitter handle.

The Congress-led by its national president Sonia Gandhi on Friday paid homage to former Prime Minister Jawaharlal Nehru on his 58th death anniversary.

“Fifty eight years since his passing, Pandit Jawaharlal Nehru’s ideas, politics, and vision for our Nation are as relevant as they have ever been. May the values of this immortal son of India always guide our actions and conscience,” the former Congress president tweeted.

The Delhi unit of the Congress-led by its president Ch Anil Kumar paid floral tributes at the portrait of the former PM at the party office here.

The death anniversary of India’s first PM is being observed on Friday. Nehru was the longest serving prime minister of India. He held the top post for about 17 years — from 1947 till he died at the age of 74 on May 27, 1964.

Nehru is also one of the most prominent freedom fighters and leaders of the independence movement and the Congress and also a well-regarded author.

Pandit Jawaharlal Nehru became the General Secretary of the Congress in September 1923. He was sworn in as the first Prime Minister of India on August 15, 1947.