Advertisers are now weighing in as concerns over former US President Donald Trump being reinstated grow, the reports said. 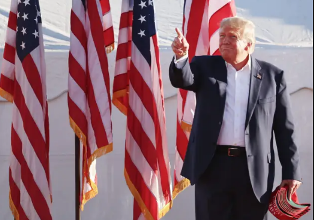 San Francisco: Advertisers plan to boycott Twitter if Elon Musk allows Donald Trump back on the platform after taking over as the social media boss, The Wall Street Journal reported.

After paying $44 billion to close the deal he tried to walk away from, Musk, who took control on Thursday night, has swiftly fired four top executives including CEO Parag Agrawal and finance chief Ned Segal, the business insider reported.

Advertisers are now weighing in as concerns over former US President Donald Trump being reinstated grow, the reports said.

Kieley Taylor, the global head of partnerships at advertising agency GroupM, told The Journal that letting Trump tweet again would be a red line for some major brands.

About a dozen of the agency’s clients had asked to pause their ads on Twitter if Trump did return, and Taylor expected more to be in contact if his permanent ban was lifted, the newspaper reported.

Musk had called Twitter’s Trump ban a “morally bad decision” and “foolish in the extreme.” He said in May the ban was “a mistake because it alienated a large part of the country and did not ultimately result in Donald Trump not having a voice”.

Trump used the platform to help fuel the January 6 Capitol riots last year after he lost the 2020 presidential election.

Twitter said on January 8 it had permanently suspended Trump’s account “due to the risk of further incitement of violence.”