TN Assembly polls: The ruthless and ruleless face of campaign

Women voters almost accounting for 50 per cent of the electorate, the womanhood (or motherhood narrative is so sacrosanct in the Tamil culture that if any party dares to be an iconoclast, it may have to pay the heaviest of prices. 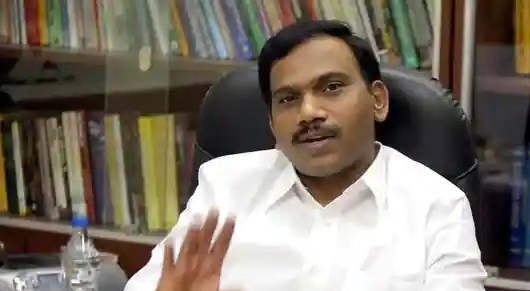 Chennai: In what can be termed as a setback to the DMK’s bright prospects, with some surveys predicting victory for the party in the April six Assembly polls, senior leader and Lok Sabha MP A Raja has stirred a hornet’s nest by making disparaging remarks about Tamil Nadu Chief Minister Edappadi K Palaniswami and his late mother.

Indeed Raja started on the wrong foot when during his campaign speech in Thousand Lights in the city on March 26, he began playing with the baby metaphor that unfortunately he had not sensed would turn out to be his nemesis.

A probably innocuous attempt on his part to compare what he views as the high stature of his party president MK Stalin (fully matured baby born out of a legitimate relationship) and what he bills as the low stature of Palaniswami (pre-term illegitimate baby) has finally landed him in the soup and had pushed the DMK virtually on the backfoot.

With some TV channels initially downplayed Raja’s comments notwithstanding, the episode, in a sudden turn of events, went viral on social media, providing gist to the anti-DMK camp that, in its turn, blew it up, jumping at the least expected opportunity to wean women, voters, away from the opposition party in the constituency. But, Stalin, wrong-footed though he was by this sudden jinx, for his part, confined his reaction to a simple release asking party cadre and functionaries on the campaign trail to maintain the spirit of the reputable party motto: ‘Duty, Dignity and Discipline.’ (Kadamai, Kanniyam, Kattupaadu’) as preached by Dravidian stalwart late C N Annadurai.

Aside from the typical AIADMK backlash in the form of protests that had party women cadre across the State berating Raja’s effigies with slippers (alluding to his comment, ‘Stalin’s slippers are costlier by one rupee to the CM’s’), the most atypical and unexpected slamming of Raja’s remarks made in bad taste has come from the most unlikely quarters, from within the party itself: MK Kanimozhi, Thoothukudi MP and DMK women’s wing secretary.

To her, in a week it was the second controversy, fraught with the potential of denting the DMK image among women, over which she had to flay her party.

In the first one, she had not minced her angry words openly against Dindigul I Leoni, a prominent DMK platform speaker (famous for what’s called ‘pattimandram’- discourse- in Tamil) for his misogynistic comments about ‘fattening waists.’

The sub-text of Raja’s comment comparing the prince in a dynasty and the man in the street has struck Palaniswami so poignantly that he was choked with emotions at a campaign meeting in North Chennai last evening, invoking God to punish the DMK leader for his insinuation although the police have already booked a case under section 294 of IPC.

Political observers wonder why the DMK, which in the past immediately dismissed Radha Ravi, then in the DMK and now in the BJP, for his disparaging comment about Tamil actor Nayanthara, is not so swift now in showing the same degree of alacrity in Raja’s case.

Women voters almost accounting for 50 per cent of the electorate, the womanhood (or motherhood narrative is so sacrosanct in the Tamil culture that if any party dares to be an iconoclast, it may have to pay the heaviest of prices.

A textbook example is the one that reportedly showed AIADMK supremo late J Jayalalithaa as the victim of the violence that she charged was unleashed in the Assembly on the most disgusting day (March 25, 1989) in the annals of the House.

Later, she recalled the dark incident Rendezvous show: “All his (Karunanidhi’s) MLAs and Ministers physically assaulted me…That day I left the assembly in tears, but I was also angry. I made a vow that day. I said I will never set foot in this assembly again as long as this man continues to be the Chief Minister and when I do enter this assembly again, I will enter only as Chief Minister. And I fulfilled my vow within two years.”

Two years afterward, this incident perhaps irked and irritated the women across the state to the point of dethroning the DMK with the Jayalalithaa-led AIADMK in power.

Now at a time when the DMK is wooing women voters with promises such as stipend for homemakers, the Raja episode must be a thorn in the flesh of the party, what with BJP leader and Union Minister Smriti Irani while campaigning for Khushboo in Thousand Lights, heavily condemning Raja’s remark.

The salvos were being fired against the DMK from the AIADMK camp when ex-Congress Chief Rahul Gandhi, DMK ally, thundered in the presence of Stalin and leaders of alliance parties yesterday, “Remove the mask the AIADMK was wearing and you will find the BJP and the RSS behind the mask.”

However, a few DMK supporters, on condition of anonymity, have pointed to the 2018 episode of H Raja, BJP candidate contesting from Karaikudi now, making an insinuating tweet against Karunanidhi’s daughter Kanimozhi and the subsequent booking of the case against him amid DMK protests.

Some old-timers still recall various virulent and venomous smear campaigns and dirty slogans against the DMK made in the erstwhile MGR-Karunanidhi slugfest.

All said and done, politics is, after all, a sector where a no-holds-barred duel of words is an in-thing Tamil Nadu has resigned itself to for decades together. By V.Mariappan