Bora blamed Chief Minister Himanta Biswa Sarma for facilitating dissidents from Maharashtra when people were dying in the devastating floods in Assam. 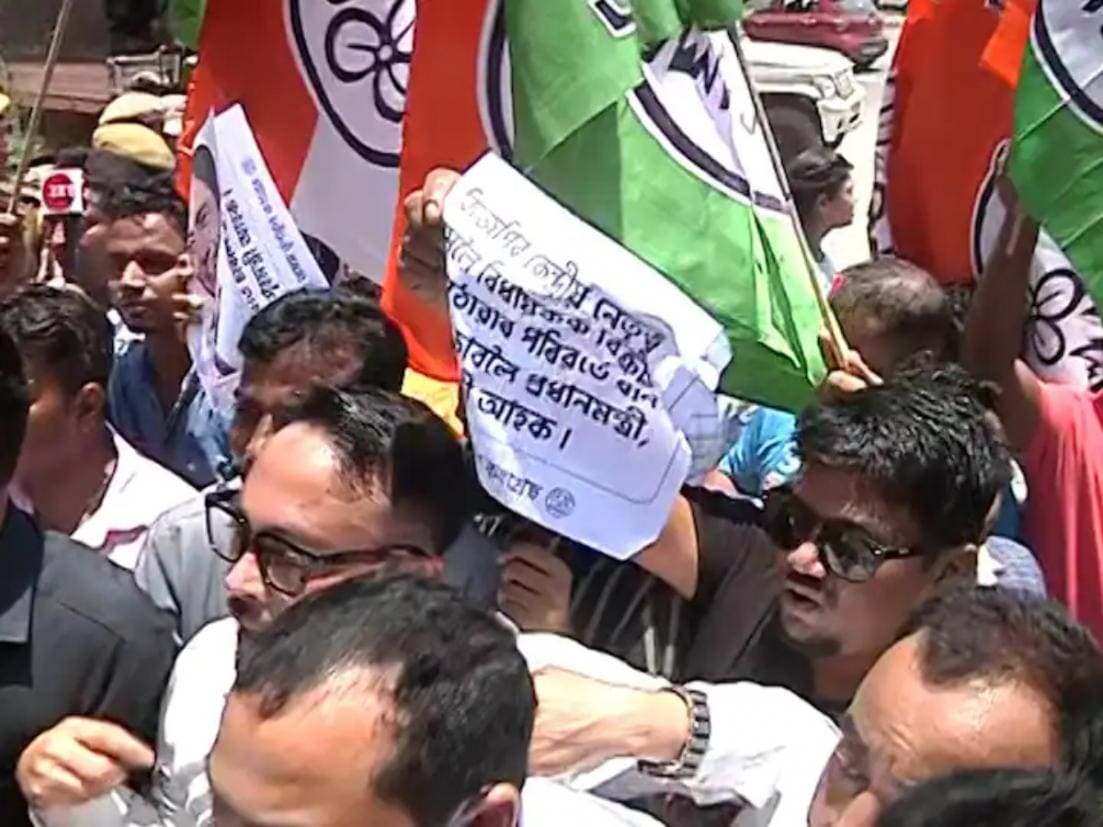 Guwahati: Several TMC members and workers of the Assam unit led by state president Ripun Bora were detained for staging a protest outside Radisson Blu Hotel in Guwahati where rebel Maharashtra MLAs, including Shiv Sena’s Eknath Shinde, are staying.

They have accused the BJP of hosting the ‘sale’ of MLAs amid the Assam floods.

The protest was led by TMC’s state president Ripun Bora. Assam cops have removed Ripun Bora from the protest site outside Radisson Blu along with other TMC protesters.

Bora blamed Chief Minister Himanta Biswa Sarma for facilitating dissidents from Maharashtra when people were dying in the devastating floods in Assam.

Earlier in the day, Congress MP Gaurav Gogoi also slammed Prime Minister Narendra Modi and said that the PM should visit the state and announce a special package.

He said that the PM is busy toppling the Maharashtra government and also with the Gujarat elections at a time when floods have hit the state.