He said every ministry, every department is giving priority to increasing exports with a 'whole of government' approach. 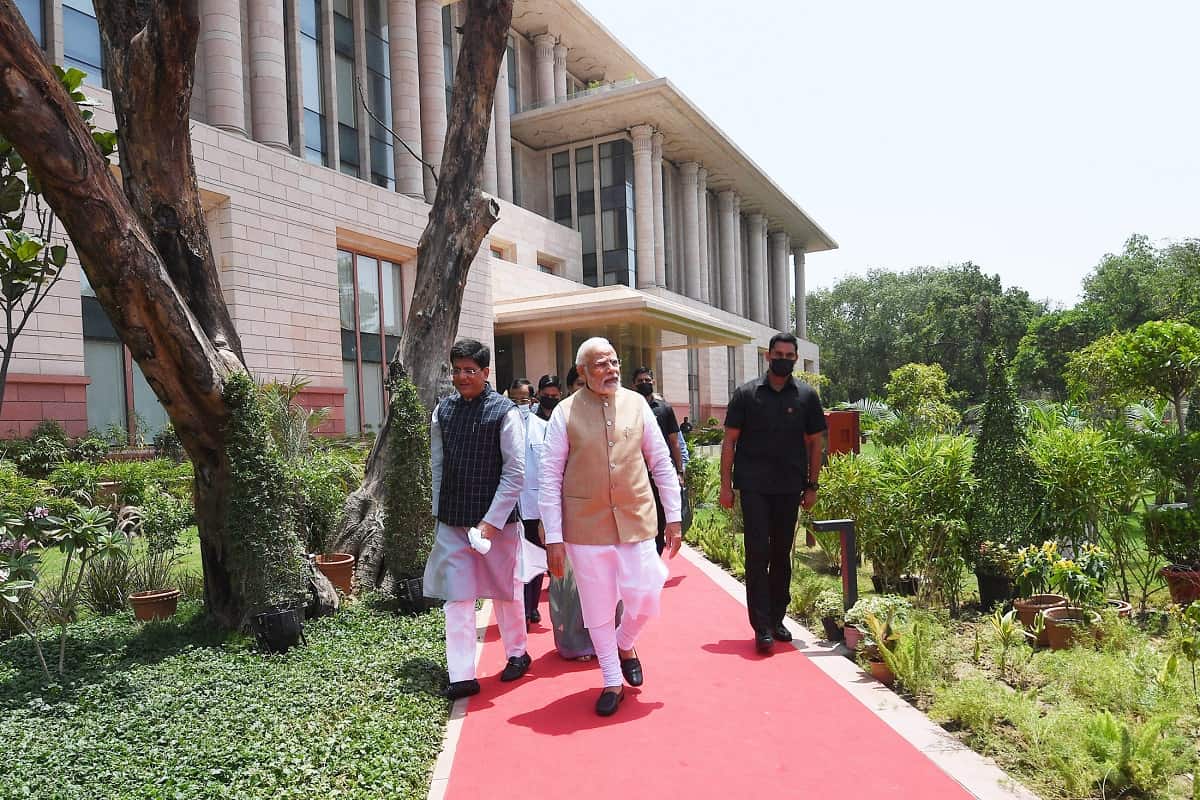 The Bhawan is designed as a smart building that incorporates the principles of sustainable architecture with a special focus on energy saving.

The Prime Minister also launched a new portal- NIRYAT (National Import Export Record for Yearly Analysis of Trade) which is developed as a one-stop platform for stakeholders to get all necessary information related to India’s foreign trade.

Speaking on the occasion, Prime Minister said previously the announcements were made for political considerations but there used to be “no seriousness as to when they would be fulfilled.”

The Prime Minister said the government has changed that situation expressing happiness over the timely completion of the project.

“The new Vanijya Bhawan will significantly benefit those associated with trade, commerce, and MSME sector… New Vanijya Bhawan and NIRYAT portal represent the aspirations of a self-reliant India,” he said.

The Prime Minister said the new Vanijya Bhawan will create new aspirations that will be supported by the ease of doing business which will lead to ease of living.

“The bridge between Ease of Living and Ease of Doing Business is Ease of Access. To fulfill the dreams of a new India it is important that everyone, every citizen, has Ease of Access to every government scheme. Initiatives such as MUDRA, and PM SVANidhi are all examples of ensuring Ease of Access for beneficiaries,” he said.

He said in the last eight years India has achieved major milestones in exports.

“Development of any country has been linked to exports, we surpassed our target of merchandize exports and created a new record of Rs 31 lakh crore,” he said.

“Now we are equally focusing on logistics support to make the work of our exporters cost-effective. Despite historic global disruptions last year due to COVID-19, India crossed the threshold of $400 billion merchandise export,” he said.

He said every ministry, every department is giving priority to increasing exports with a ‘whole of government’ approach.

“Be it Ministry of MSME or Ministry of External Affairs, Agriculture or Commerce, all are making common efforts, for a common goal,” he said.

The Vanijya Bhawan will serve as an integrated and modern office complex that will be used by the two Departments under the Ministry i.e. Department of Commerce and the Department for Promotion of Industry and Internal Trade (DPIIT).