Tripura has earned a bad name for violence and attacks by the ruling BJP on the people belonging to opposition political parties, media, and the common mass in the presence of police during BJP’s rule. 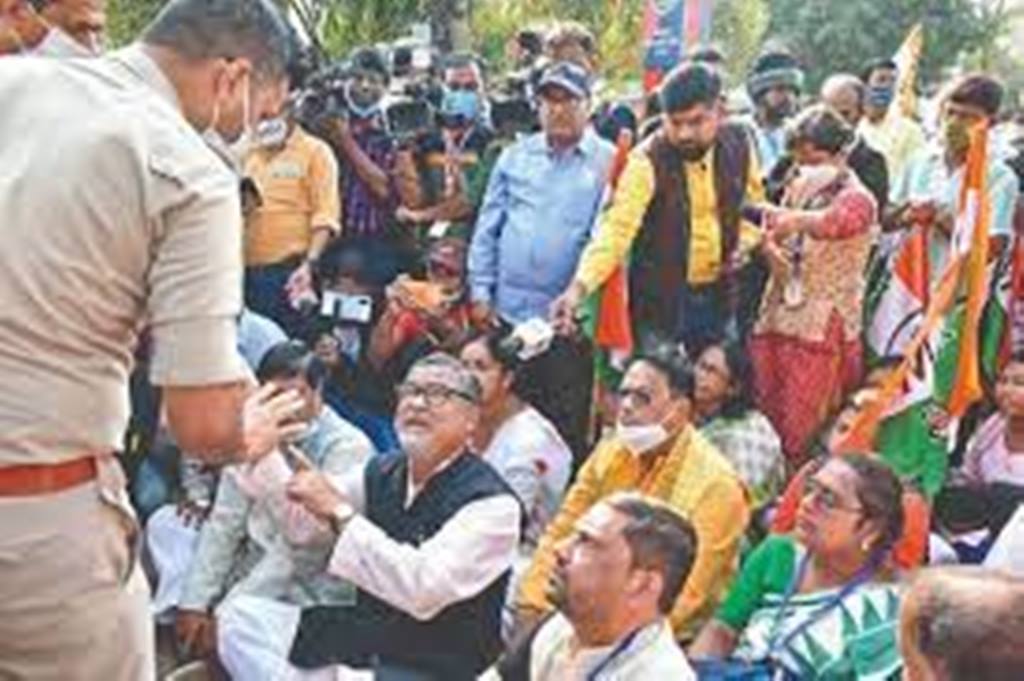 Agartala:Trinamool Congress moved to Tripura Human Right Commission (THRC) seeking an impartial investigation on the alleged atrocities of police and security forces on the protestors in different locations of the state and the supporters of opposition political parties.

Tripura has earned a bad name for violence and attacks by the ruling BJP on the people belonging to opposition political parties, media, and the common mass in the presence of police during BJP’s rule.

The cadres have been moving with arms in front of the police and beating the people but police registered cases against the victim and enjoying parties with the criminals, which is found unique in Tripura, alleged TMC State in-charge Rajib Banerjee.

He said a team of TMC leaders comprising its state president Pijush Biswas and TMC Rajya Sabha MP Sushmita Dev on Wednesday met the THRC Chairman and submitted the memorandum detailing the incidents especially the attacks carried out on the jobseekers of graduate and postgraduate teachers in front of education minister’s house on Monday.

The BJP-led government came to power in the state on the basis of a plethora of commitments in 2018 that had given tall promises like providing 50,000 jobs annually.

The qualified youths for teachers’ jobs have been dragging for the last few months and when the helpless jobseekers protested peacefully outside the home of Education Minister Ratan Lal Nath, police restored to lathi-charge and left 47 people including an expecting mother injured.

No help was provided by the police to transport the injured to the hospital for medical aid.

The behaviour of the Tripura Police in this situation is atrocious. Lathi-charging and injuring peaceful protesters is a blatant show of excessive force and is unwarranted, TMC stated in the memorandum.

In the past, severe action has been taken by the police against the terminated 10323 government school teachers who have been protesting for a long period for a solution to their problem. Several people were injured in police action but no action was taken against the police for unprovoked attacks on the civilians who had been persuading their constitutional rights, the memorandum alleged.

TMC urged THRC to take the call against police access to civilians and ensure that the citizen can pursue and practice their fundamental rights enshrined in the Constitution and the state cannot abet or sponsor violence and criminal attacks on its citizens for raising their legal demands.