IAF to test its war-fighting capabilities in eastern theater command

Without providing much detail the Eastern Air Command stated that the exercise would be conducting its “pre planned” air exercise on December 15 and 16. 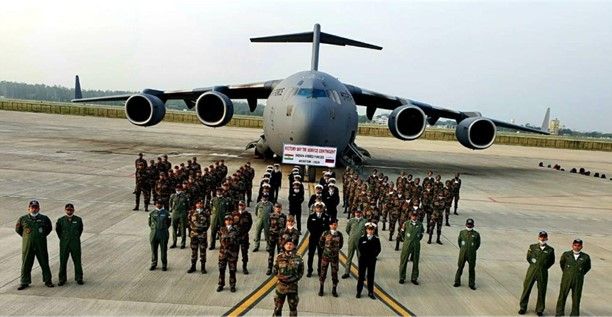 Shillong: The Indian Air Force (IAF) would be conducting a major two-day exercise to test its war-fighting capabilities and tactics in the eastern theater command from December 15, an IAF official said here.

Without providing much detail the Eastern Air Command stated that the exercise would be conducting its “pre planned” air exercise on December 15 and 16.

“This exercise was planned well in advance to the recent developments in Tawang and is not associated with these events (clash in the Twang sector between Indian and Chinese troops.) The exercise shall be conducted towards training of IAF crew,” a Shillong-based Defence spokesperson said on Thursday.

On December 9, troopers of the Chinese People’s Liberation Army clashed with Indian Army troopers at Yangste which falls under the assembly constituency of Arunachal Pradesh Chief Minister Pema Khandu.

Troops from both India and China were injured in the clash before disengaging.

Troops from the Regional Command (South) Kazakhstan Army and Indian Army soldiers from the 11 Gorkha Rifles are participating in the exercise.

During the joint exercise both the armies would be exchanging strategies on planning and execution in the counterterrorism environment at sub-unit level and sharing expertise on skills at arms, combat shooting and experiences.

The joint military exercise will conclude in December 28 2022.