Third-wave – do we need to fear it?: Dr Krishna Reddy Nallamalla, President, InOrder

Dr Reddy said over the last one week, as the second wave started showing a downward trend from its peak daily cases of 400,000+, the warning of a third wave has been issued so as to avoid the same mistakes that were made at the end of the first wave. 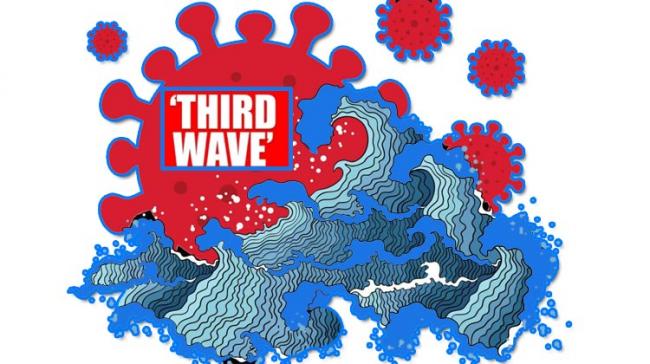 Kolkata: The country is currently witnessing the consequences of ignoring the warnings of an imminent second wave from scientists, doctors, and public health experts.

Warnings regarding the second wave were based on several factors. A nation-wide seroprevalence study towards the end of the first wave indicated that nearly 75 percent of people were still vulnerable to getting infected. Moreover, the duration of immune protection after natural infection is still not known, and new variants with higher infectivity and immune evading properties were being reported from November onwards across the world, according to Dr Krishna Reddy Nallamalla President, InOrder Country Director, ACCESS Health International.

Dr Reddy said over the last one week, as the second wave started showing a downward trend from its peak daily cases of 400,000+, the warning of a third wave has been issued so as to avoid the same mistakes that were made at the end of the first wave. The same reasons that were behind the surge during the second wave continue to exist even if the second wave has started receding.

“We need answers to the following to reasonably predict the risk of third wave and its intensity so as to prepare ourselves better,’ said Dr Reddy.

The last sero-survey indicated that nearly one-fourth of the country’s population had evidence of prior infection. Some of the cities had more than 50 percent of the population with evidence of infection. Within a city like Mumbai, slum areas had higher sero-positivity than apartment areas. A majority of those with evidence of serological conversion were asymptomatic. It was calculated that there was one reported positive case (either by antigen or RT-PCR testing) for every 40 asymptomatic or mildly symptomatic cases. Hence, there is a need to undertake nation-wide seroprevalence studies to understand the proportion of people who have been infected at the end of the second wave, he said.

Latest scientific study from outside India has indicated that immunity persisted in a majority of infected persons for upto eight months following the Covid illness. Whether the duration is same for asymptomatic cases compared to symptomatic cases and whether the intensity of the illness has any bearing on immunity are still unknown. Similarly, vaccines are being approved based on demonstrated protection for six months. But how long the protection lasts in the long term is still not known. Only continuing surveillance and well-designed studies will tell us how long the immunity will last, Dr Reddy said.

Similarly, Astra-Zeneca vaccine was found ineffective against the South African variant. Data is just emerging on whether the dominant variant circulating in India during the second wave, P.1.617.2, is evading prior immunity and whether the vaccines in use are protective against this. Hence, there is a need for continuing genomic, serologic, and epidemiological surveillance to detect existing and emerging variants that have the potential to escape prior immunity, he said.

The government has recently outlined a feasible time course to vaccinate the entire population above 18 years of age. Any setback to the vaccination drive will make sufficient people vulnerable for a third wave, Dr Reddy said.

“We should seek and respect scientific evidence from public health experts, both national and international in shaping our responses. We should continue Covid appropriate behavior of face mask, hand wash, and social distancing until the Covid pandemic is declared to be over worldwide and not just in our state or country. We should not have any hesitancy on vaccination when our turn comes. We should strengthen our surveillance systems to respond at the slightest evidence of new infections. We should simulate different case load scenarios to assess the adequacy of infrastructure, doctors, nurses, critical drugs, disposables, and tests. Each district and state shall have rapid response teams drawn from both public and private sector with periodic drills to keep the system ready,” he said.

India has the capacity and capability to face potential future waves of Covid or other pandemics. It needs to professionalize the management of its health systems for effective and efficient response and in building long term resilient systems, Dr Reddy added.