"The subsequent assessment of the infrastructure of the Central Design Bureau did not reveal any signs of infection," Murashov assured. 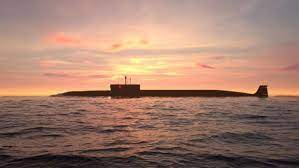 “Many of you remember a media report released in early May, alleging that Chinese hackers seized the infrastructure of the Rubin Central Design Bureau … We do not confirm the information. Moreover, having received a suspicious e-mail, Rubin Central Design Bureau experts did not open it, but got in contact with our specialists and submitted it for a general study,” Murashov said at a press conference.

The email was examined and its malicious nature was confirmed.

“The subsequent assessment of the infrastructure of the Central Design Bureau did not reveal any signs of infection,” Murashov assured.

Kohima: In the latest COVID-19 situation in Nagaland, the number has decreased to 31 new cases yesterday, which increased...
Health

EU, US announce a goal of reaching 70 pc global vaccination rate within a year – EU Chief

Taliban’s commitment not to allow Afghan soil for terrorism should be implemented: EAM