In total, more than 50 people and 17 units of equipment are involved in rescue operations, the ministry added. 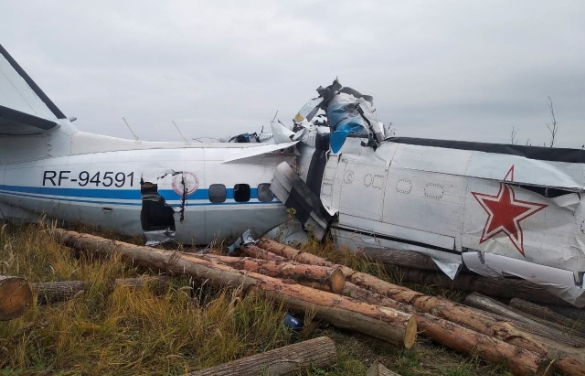 Moscow: The updated data has revealed that 15 people were killed in the plane crash in Russia’s Tatarstan, while seven others were rescued, the regional emergencies ministry told Sputnik on Sunday.

“There were 20 parachutists and two crew members on board. Seven people were rescued, 15 were recovered without signs of life,” the ministry said.

In total, more than 50 people and 17 units of equipment are involved in rescue operations, the ministry added.

One of the possible reasons behind the crash of the L-410 plane in Russia’s Tatarstan was its overloading, a source close to the Voluntary Society for Assistance to the Army, Air Force, and Navy of Russia (DOSAAF) that owns the plane told Sputnik.

The incident took place early on Sunday shortly after the aircraft took off from Menzelinsk. According to the latest data by the Russian health ministry, 16 people have been killed in the incident, six others are hospitalized.

“One of the possible causes of the accident was its overloading — the plane is designed for 19 people, as a result of which the aircraft did not have enough takeoff power to ascend,” the source said.