The matter was taken up by the Apex Court in 2011 and subsequently, the Court had formed a Committee to look into to the entire issue. 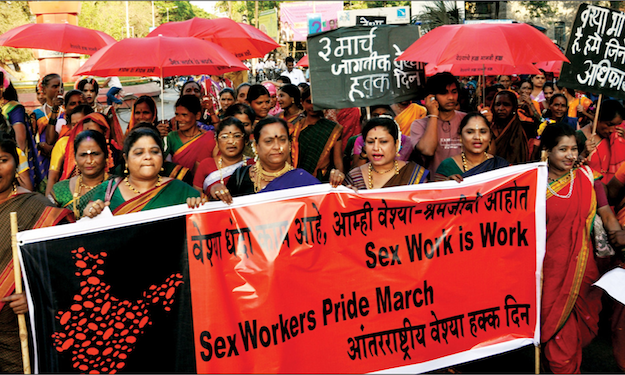 New Delhi: The Supreme Court has legalised prostitution and ordered the police to act in accordance with law while dealing with sex workers, who have to be treated with dignity and not as criminals.

A three-Judge Bench, headed by Justice L Nageswara Rao and also comprising Justices BR Gavai and AS Bopanna, passed the order on May 19, while taking Suo Motu Cognizance (SMC) of a formal criminal complaint registered in connection with a sex worker in Kolkata in 2011.

Senior lawyer Anand Grover, representing one of the parties in the case, Durbar Mahila Samanwaya Committee, said, “The order of the Supreme Court sends a very good message among the sex workers fraternity as a whole. Now, the sex workers have to be treated with dignity and not as criminals and non-citizens.”

The matter was taken up by the Apex Court in 2011 and subsequently, the Court had formed a Committee to look into to the entire issue.

The bench passed the order last Thursday, after thoroughly going through the recommendations of the Panel, constituted with Pradip Ghosh as the Chairman, Jayant Bhushan, Senior Counsel for Usha Multipurpose Co-operative Society, Central government and other respective parties.

The Committee made a series of recommendations to the Supreme Court, which are as follows:

(2) Rehabilitation of sex workers, who wish to leave sex work, and

(3) Conditions conducive for sex workers, who wish to continue working as sex workers with dignity.

The Supreme Court also gave a go-ahead to most of these recommendations.

The Apex Court said the Centre and the states must involve sex workers or their representatives to reform laws.

“A child of a sex worker should not be separated from the mother merely on the ground that she is in the sex trade. Basic protection of human decency and dignity extends to sex workers and their children,” the court noted.

Further, the Supreme Court said that if a minor was found living in a brothel or with sex workers, it should not be presumed that the child was trafficked.

“In case the sex worker claims that he/she is her son/daughter, tests can be done to determine if the claim is correct and if so, the minor should not be forcibly separated,” the court ordered.

The court ordered the police to not discriminate against sex workers, who lodge a criminal complaint, especially if the offence committed against them was of a sexual nature. Sex workers who are victims of sexual assault should be provided every facility, including immediate medico-legal care, it added.

“It has been noticed that the attitude of police to sex workers is often brutal and violent. It is as if they are a class, whose rights are not recognised,” the court said, calling for sensitisation of police.

The court said media should take “utmost care not to reveal the identities of sex workers, during arrest, raid and rescue operations, whether as victims or accused and not to publish or telecast any photos that would result in disclosure of such identities”.

The measures taken by sex workers, like the use of condom, should not be construed by the police as evidence of their offence, the Supreme Court said.

Anand Grover drew attention of the Court to the issue that Aadhaar Cards were not being issued to sex workers, as they were unable to produce proof of their residence.

“We had issued notice to UIDAI and sought its suggestions in respect of waiving the requirement of proof of residence for the sex workers, to enable them to get an identity by the issuance of Aadhar cards,” observed the Court.

The affidavit filed by UIDAI proposed that sex workers, who were on NACO’s list and who applied for Aadhaar card but could not submit the proof of residence, could be issued Aadhaar Cards, the Supreme Court noted.

There should be no breach of confidentiality in the process, including assignment of any code in the Aadhaar enrolment numbers that identity the applicant/ holder of the card as a sex worker, it added.

“Aadhaar Cards shall be issued to sex workers on the basis of a proforma certificate, which is issued by UIDAI and submitted by the Gazetted Officer at NACO or the Project Director of the State Aids Control Society, along with Aadhaar enrolment form/application,” the Supreme Court said in its order.

“There shall be no breach of confidentiality in the process, including assignment of any code in the Aadhaar enrolment numbers that identify the card holder as a sex worker,” it added.