The children who died in the tragedy were aged between seven and 10 and some of them had just received awards for their good school work. 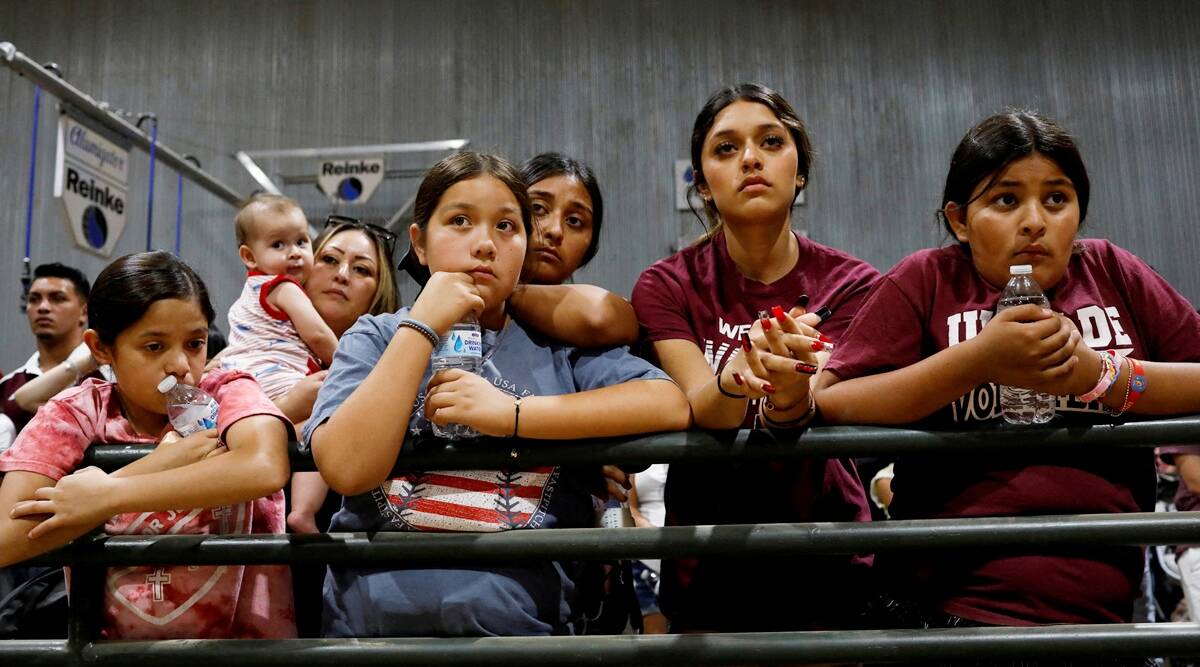 Washington: US President Joe Biden has announced that he will visit Texas “in the coming days” to meet the grieving families after a teen killed 21 people, including 19 children, at the Robb Elementary School in Uvalde town on Tuesday.

The children who died in the tragedy were aged between seven and 10 and some of them had just received awards for their good school work.

Among the victims, one was a 10 year-old boy who loved to dance and another was a girl who died while trying to call the police.

Some parents who were earlier in the school watching with pride as their children held up their honour roll certificates at the awards ceremony had to return to the premises with the shooting changing the lives of some families forever.

Amerie Jo Garza, who was one of the first children confirmed dead, had celebrated her 10th birthday two weeks ago, according to BBC. The girl, “super-outgoing” and a “teacher’s pet”, was shot dead while trying to call the emergency services, her grandmother Berlinda Irene Arreola told The Daily Beast.

Following the shooting, a family member wrote on Facebook: “Please don’t take a second for granted. Hug your family. Tell them you love them.”

BBC quoted his cousin Lisa Garza as saying that Xavier loved to dance and was an avid user of TikTok.

She said several of her other cousins were also students of the same school, and some were injured but survived.

Uziyah Garcia, a 8-year-old boy, was remembered by his grandfather, Manny Renfro, as the “sweetest little boy that I’ve ever known”.

He said, “Such a fast little boy and he could catch a ball so good. There were certain plays that I would call that he would remember and he would do it exactly like we practised.”

Among the two teachers who were killed was 44-year-old Eva Mireles, a teacher in the Uvalde school district for 17 years.

According to the school district’s website, she loved running and hiking and lived with “a supportive, fun, and loving family” and “three furry friends”.

Post the incident, her daughter described her as the “half that makes me whole” and lauded her for having “selflessly jumped in front of her students to save their lives”.

Meanwhile, 46-year-old Irma Garcia, who was a teacher at Robb Elementary for 23 years, had been nominated as a teacher of the year by her school district in 2019.

Some alumnus parents speaking to the media, hailed both teachers for their dedication. One of them said her daughter, a special student, was given every opportunity to flourish and never did they ever make her feel she was any bit less. Her eyes wailed up as she remembered her interaction over the years with the slain educators.

According to CNN, the shooting in Texas was the third mass shooting this week. The Gun Violence Archive said the Tuesday morning incident came days after the high-profile shootings in Buffalo, New York and Orange County, California.

With over a dozen deaths, it has become one of the largest mass school shootings in the past decade. Addressing a press conference on Wednesday, Mayor of Uvalde Don McLaughlin said “what the community needed the most at this hour was healing, as many families will never be the same ever again”.

One of the founders of the advocacy group ‘March For Our Lives’, David Hogg said, “These are kids that are under 10 years old, a lot of the time. I don’t even know how they begin to process it, I don’t know how anybody of any age begins to process this. This is something that never should have happened.”

He was one of the students at Stoneman Douglas High School in Parkland, Florida, when 17 people were killed by a gunman in 2018.