A report in The India Express said Thyagraj Stadium was being closed for sports activities earlier than usual so that IAS officer Sanjeev Khirwar could walk his dog at the facility. 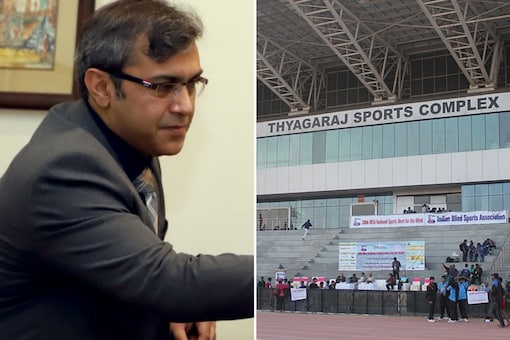 New Delhi: After a report of an IAS officer getting the Thyagraj stadium emptied for evening walks, the Delhi government on Friday announced all stadiums will remain open till 10 pm for athletes to practice.

A report in The India Express said Thyagraj Stadium was being closed for sports activities earlier than usual so that IAS officer Sanjeev Khirwar, who is among the senior-most officers in the Delhi government administration, could walk his dog at the facility.

Following the report, the Delhi government announced that all stadiums under its administration will now remain open till 10 pm every day.

The government has however not taken any action against the guilty official yet.

Both BJP and Congress slammed the Delhi government following the report.

“Kejriwal’s officials have become more important than the players. When the CM of Aam Aadmi himself renovates his office as per his wishes, gets a new car worth Rs. 35 lakhs, and gets 64 police personnel for security, what can one expect from the officers?” Delhi Congress Chief Anil Chaudhary said.

“Is this a common man’s government?” he questioned.

“Kejriwal should take strict action against the officer for taking his dog for a walk to the stadium. Instead of encouraging players, Kejriwal is discouraging them,” Gupta said.

Khirwar is a 1994 batch IAS officer of the Arunachal Pradesh, Goa, Mizoram and Union Territories cadre.

As per athletes and coaches, the stadium guards used to compel them to finish the training by 7 pm as the IAS officer has to stroll his dog on the premises. Khirwar is Delhi’s Principal Secretary of Revenue, and used to take his dog inside the sports complex around 7:30 pm.