Minister was speaking to media Saturday clarifying the transfer and posting of District Fishery Officer, DFO, Chandel in his residence at Salam, Imphal West. 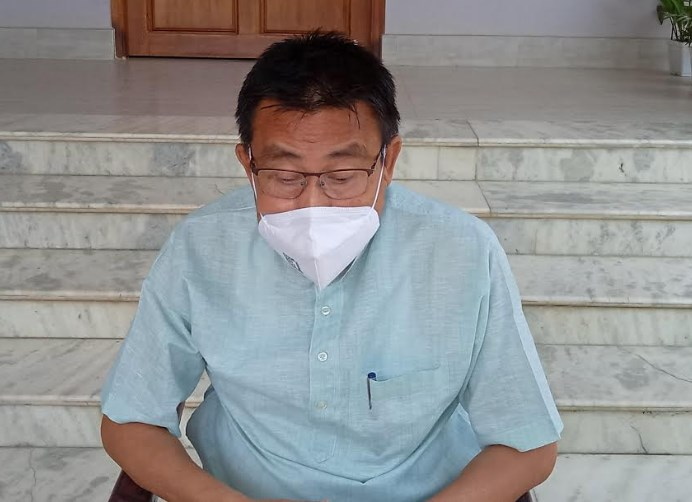 Imphal: Education & Fishery Minister S. Rajen Singh has said that any form of superfluous agitation and protests should be stopped during such crucial hours of COVID-19 pandemic. Minister was speaking to media Saturday clarifying the transfer and posting of District Fishery Officer, DFO, Chandel in his residence at Salam, Imphal West.

Rajen said it has been reported in some local dailies regarding agitation by Chandel District Fishery Farmers’ Development Committee on the transfer and posting of District Fishery Officer, DFO, Chandel. He said that the service of one Kh. Ebetombi Devi, Project Officer, who was holding the charge of DFO, Chandel was attached and utilized at head office of the department.

He explained that during this vacation, Sunpi Pikham, Fishery Inspector, has been given the charge as DFO, Chandel, on In-Charge basis. But the High Court of Manipur, in its verdict, has given order to reinstate Kh. Ebemhal as District Fishery Officer, DFO, Chandel. The government will respect and comply with the judgment of the High Court, he added.

Rajen appealed to the members of Chandel District Fishery Farmers’ Development Committee of the district to suspend their agitation since it is according to the judgment of the court. He also said that there is no intention of the government in this regard.