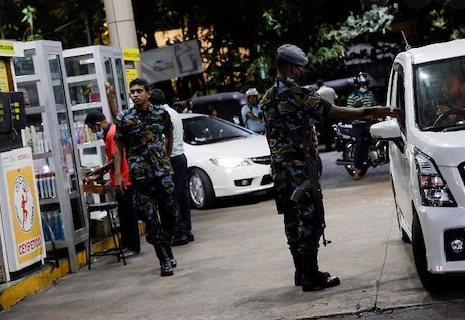 Colombo: Sri Lankan authorities have announced the shutting down of schools and only allow fuel supplies to services deemed essential like health, trains, and buses for two weeks starting Tuesday, a minister said, in a desperate attempt to deal with a severe shortage, Khaleej Times reported on Tuesday.

Sri Lanka is suffering its worst economic crisis, with foreign exchange reserves at a record low and the island of 22 million struggling to pay for essential imports of food, medicine, and, most critically, fuel.

Industries like garments, a big revenue earner for the island nation, are left with fuel for only about a week to 10 days. Current stocks of the country will exhaust in just under a week based on regular demand, reports said.

Sri Lanka will issue fuel only to run trains and buses, medical services, and vehicles that transport food starting Tuesday until July 10, Bandula Gunewardena, the spokesman for the government cabinet said.

Schools in urban areas will be shut and everyone is being urged to work from home, he said. Even inter-provincial bus service will be limited.