The food corporation of India (FCI) godowns has a stock of only 15 days of food grains in the three Barak valley districts of Assam – Hailakandi, Karimganj and Cachar. 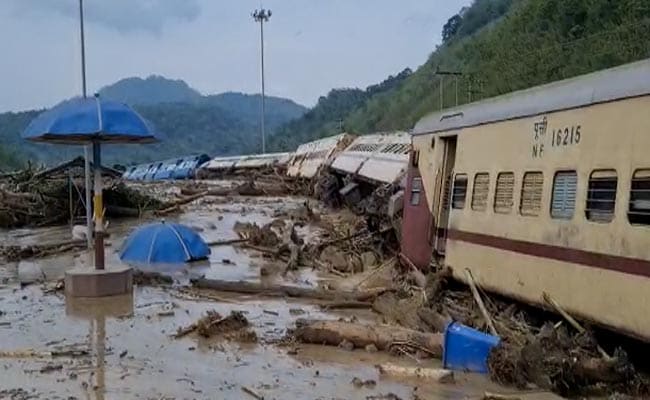 Guwahati: With the movement of trains on the vital Lumding-Silchar hill section closed since May 14, following massive landslides in Assam’s North Cachar Hills district, the cut off region of Southern Assam is likely to face food shortage in the coming days.

The food corporation of India (FCI) godowns has a stock of only 15 days of food grains in the three Barak valley districts of Assam – Hailakandi, Karimganj and Cachar.

While all kinds of train movement have been withdrawn on the hill section, the railway authorities are still not sure when exactly it would be possible to resume services.

Till then the movement of food grains and other essential commodities by train to the region will also remain closed. FCI has appraised the situation to the North East Frontier Railways authorities and wanted to know the timeframe for restoration of rail links in the cut off region.

Notably, two FCI food grain rakes on way to Salchapra railhead (in Cachar district of Assam) have stuck up due to major landslides at Haflong and other locations resulting in a situation of food shortage in the Barak valley districts of Assam.

The FCI has also asked the NF Railway to apprise it about the tentative time for restoring the rail route so as alternate transport options can be explored by the FCI.

The rail route towards Salchapra which is located in the Cachar district, reportedly, is likely to take a minimum of one month for restoration.

The railways run an average of three passenger trains every day between Guwahati and Silchar to transport various kinds of essential commodities. These include four goods trains that roughly carry about 2,880 tonnes of foodgrains, one rake of petroleum products.