South Korea through to last 16 by beating Portugal 2-1

South Korea became the third Asian nation to qualify into the knockout stages. Australia and Japan, two other Asian countries, have already stormed into the last 16 stages. 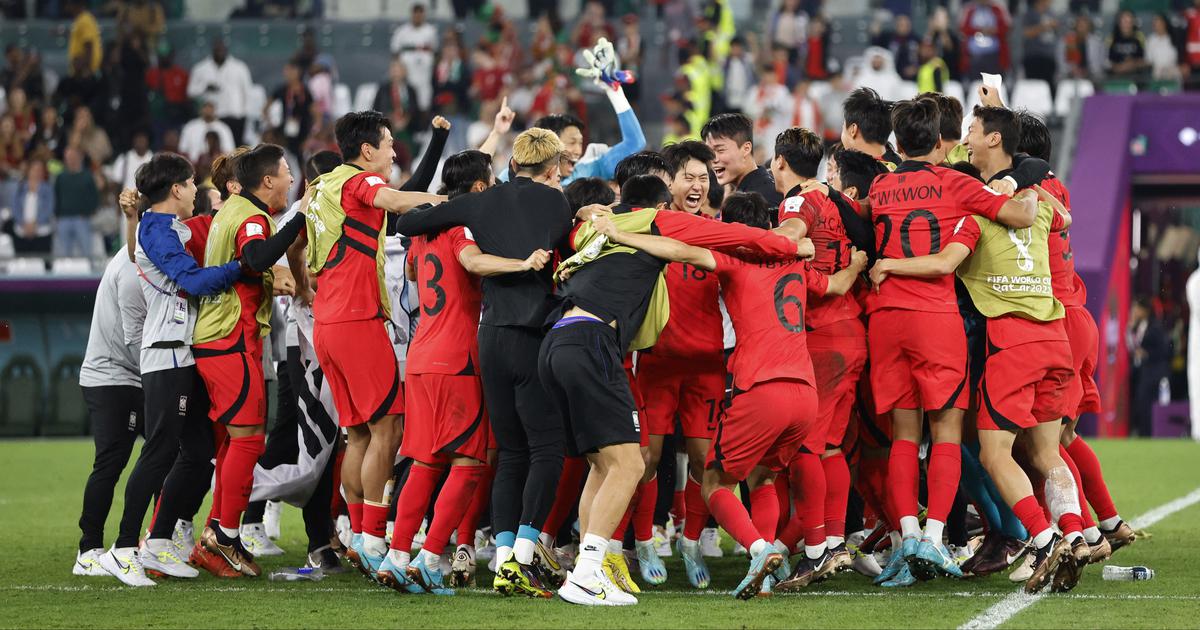 Al Rayyan: It was yet another memorable day for Asian football as South Korea roared from behind to beat European giant Portugal 2-1 in the final match day in group stage of FIFA World Cup at the Education City Stadium here on Friday.

South Korea became the third Asian nation to qualify into the knockout stages. Australia and Japan, two other Asian countries, have already stormed into the last 16 stages.

The Red Devils took the second place in the group behind Portugal, while Ghana and Uruguay were done and dusted, leaving Luis Suarez sobbing on the bench in the other group match.

Hwang Hee-chan emerged the hero for South Korea as he scored the winner in the 91st minute, beating Diego Costa.

The goal came against a lightning-fast run-in from South Korea’s box to Portugal’s before tapping it to Hee-chan, just when he smelt the pressure from the rival’s backline. That was a stunning goal of the match.

Five minutes into the match, Portugal went ahead of South Korea after Ricardo Horta found the back of the net on his World Cup debut. South Korea equalised 20 minutes later after Kim Young-gwon reacted quickest to a mistake from Christiano Ronaldo.

The pace of the game was tardy in the first half with both teams being very calm with their intense game. Portugal were the more dominant side however, forcing Kim Seung-gyu into five saves.

The second half was relatively muted for the most part until South Korea got the winner.

South Korea now will face the winners of Group G, who will most likely be Brazil.

Portugal remained top of the group despite the loss and will face the runners-up in Group G, which could still be all four teams in the group.