"The government is constantly working towards providing essential commodities and proper health care to the people affected by the devastating flood," he said. 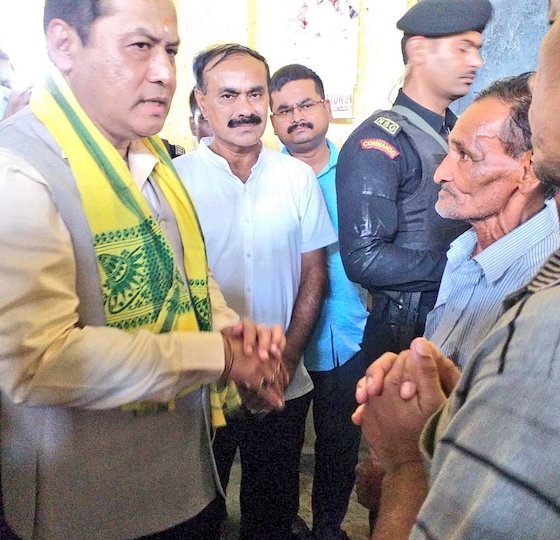 New Delhi/Guwahati:  Union Minister Sarbananda Sonowal on Wednesday visited a flood relief camp in Assam’s Nagaon and interacted with the flood-affected people of the area.

“The government is constantly working towards providing essential commodities and proper health care to the people affected by the devastating flood,” he said.

Sonowal also informed that a Central team would be visiting soon to assess the damage and destruction caused by the devastating flood, as per an statement issued by his office here.

After the visit, the team will prepare a report and submit it to the government for all possible support for people and provide assistance, he added.

Later, while interacting with the officials, Sonowal thanked all the staff for extending all possible support to the flood-affected people and urged them to continue in that direction towards the welfare of the people.

The Union Minister further added that the team Assam under CM Himanta Biswa Sarma are working hard to tackle the situation and he has been talking to the him on a regular basis in this regard.

Several districts of the state are affected by the flood caused due to incessant rainfall.