According to sources, she had raised this point earlier this week at the meeting of Congress Working Committee meeting as well. 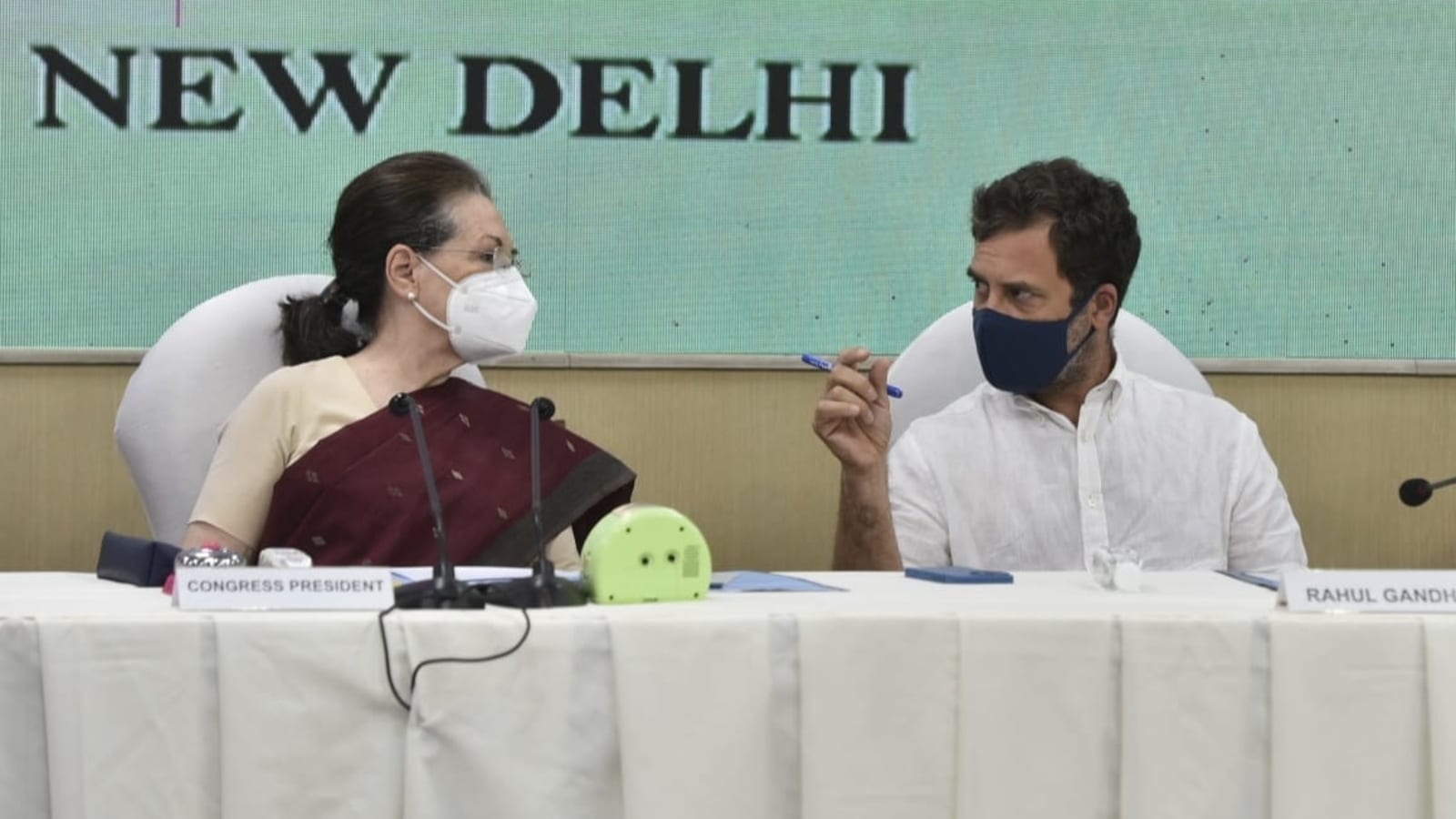 Udaipur: As the Congress leaders met to discuss present political and organisational situation and deliberate on a way forward, Congress President Sonia Gandhi warned party leaders against sharing any details outside.

Members were asked to submit their phones before going for the discussions in their respective groups, and in her inaugural address by the Congress President. “I urge you all to speak freely,” the Congress President said, took a pause and a deep breath, and added, “Only one message should go outside, a message of strength, unity and commitment”.

According to sources, she had raised this point earlier this week at the meeting of Congress Working Committee meeting as well.

A senior party leader said Sonia Gandhi had said that discussions held by Congress leaders is leaked to the media, and asked party leaders not to talk about details of the meetings outside.

On Friday, as the ‘Nav Sankalp Shivir’ started, party General Secretary Ajay Maken announced that leaders should submit their phones at the lockers outside the meeting venue.

The personal assistants of the leaders participating in the debates have been asked to stay away from the venue, as is the press, which has a separate enclosure.

The 430 delegates attending the brainstorming camp have been divided in six groups of around 70 each, and the different groups are deliberating on the political, economic, and organisational issues, as well as issues related to social justice, youth empowerment and farmers.

Among organisational issues, giving a younger face to Congress is one of the main focuses, with a proposal to reserve 50 percent organisational posts, from booth to CWC level, being under discussion. The party is also discussing on a policy of ‘one family, one ticket’, though it may have certain exemptions.

“There’s almost complete unanimity among panel members on the proposal that to ensure that party leaders don’t give tickets to their kin or relatives without any work in the party, at least five yrs of prior work in the party will be required,” Maken said on Friday.

The discussions will continue on Saturday, and on Sunday, the Congress will come out with its ‘Udaipur Declaration’ charting a future roadmap.