Man held for duping over 100 girls on pretext of marriage

The accused, identified as Farhan Taseer Khan, is married and has a 3-year-old daughter. He had made many fake profile IDs at a matrimony site and used to dupe girls. 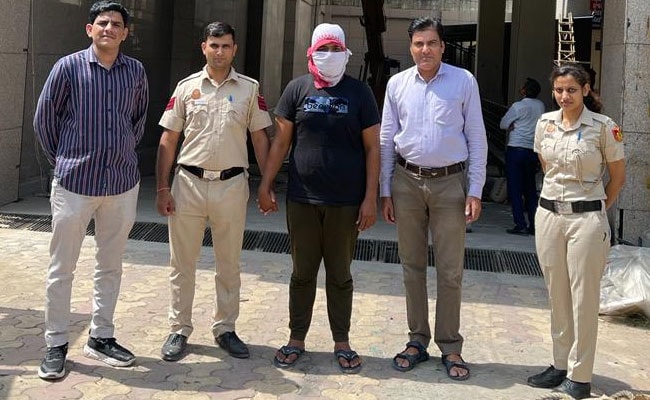 New Delhi: A 35-year-old man, who duped over 100 girls of various cities under the pretext of marriage through matrimonial websites, was arrested from Delhi’s Paharganj area, police said on Friday.

The accused, identified as Farhan Taseer Khan, is married and has a 3-year-old daughter. He had made many fake profile IDs at a matrimony site and used to dupe girls.

According to Deputy Commissioner of Police, South Delhi, Benita Mary, a woman, who is a doctor in a reputed hospital in Delhi, complainant in Cyber Police Station of South Delhi that a person came in her contact through a matrimonial portal who told her that he was unmarried and then she met her. They both communicated via whatsapp and telephonic calls regularly.

On the pretext of marriage, the person demanded money from her from time to time and taken about Rs 15 lakh from her in different bank accounts. Subsequently, the woman complainant sensed that she had been cheated, therefore, she lodged a complaint. Accordingly, on her complaint, a case was registered and investigation was taken up, said DCP.

Further, details of the accused person were collected from matrimony sites, Banks and other portals and the team started working on each and every aspect. After analyzing these data, it was found that the accused created many fake Profile IDs at matrimony sites and communicated with many girls in various States presenting himself as unmarried person and having no person or family members in his family.

Other relevant details of bank transactions were analyzed at length. The details of the bank account in which the money was deposited was concisely analyzed. Further, the team verified the mobile number through which the alleged used to call the complainant. As the accused person used VOIP calls, the team with the help of technical surveillance analyzed his calls.

Finally, through surveillance and technical analysis, the location of the accused person was zeroed down in Delhi. A raid was conducted and the accused was apprehended from Paharganj of Delhi, said DCP.