Sonia Gandhi to continue as Congress president, ‘chintan shivir’ to be held soon 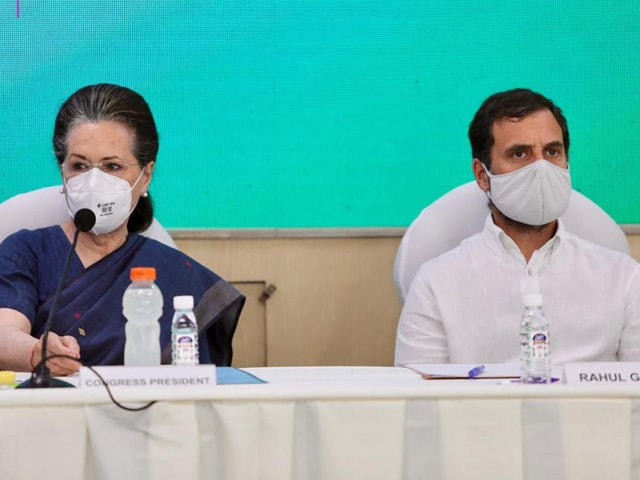 New Delhi: Sonia Gandhi will continue as the Congress President, the party said on Sunday after a meeting of the Congress Working Committee, the highest decision making body of the party.

Surjewala also said all party leaders want Rahul Gandhi to take charge as the Congress president but that will happen only through organisational elections.

Party General Secretary KC Venugopal said a ‘chintan shivir’ would be held soon for brainstorming on the future course of action for the party. Sources said CWC leaders asked Rahul Gandhi and Priyanka Gandhi to be more active and interact more with party leaders and workers.

“The recent Assembly election results of five states are a cause of serious concern for the Indian National Congress. The party accepts that due to short comings in our strategy, we could not effectively expose the misrule of BJP State Governments in four States and overcome the anti-incumbency in the State of Punjab in the short time after effecting a change of leadership,” a statement by the party said.

“While humbly accepting the electoral verdict of the latest round of Assembly elections, the Congress party assures its workers and the people of India that it will continue to remain a vigilant and vibrant opposition.”

“The Congress Party will be fully prepared to face the electoral challenges in the election going states in 2022 & 2023 as well as in the Lok Sabha elections 2024,” Congress said.

It also said the CWC “unanimously reaffirms its faith in the leadership of Sonia Gandhi and requests the Congress President to lead from the front, address the organisational weaknesses, effect necessary & comprehensive organisational changes in order to take on the political challenges.”