Taking to Twitter, Chidambaram said: “After the SC’s wise and bold order in the Pegasus controversy, the first skeleton has tumbled out yesterday.” 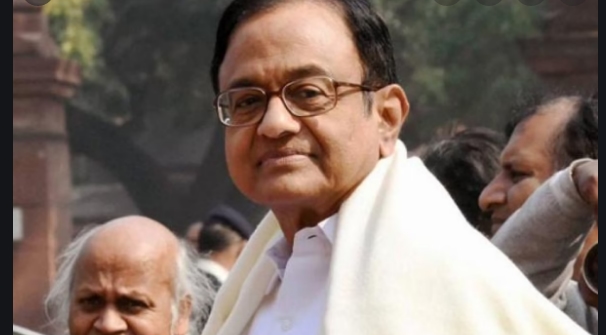 New Delhi: Congress leader P Chidambaram on Friday attacked the central government over the alleged Pegasus snooping case and said the Supreme Court’s decision to set up an expert committee has caused the “first skeleton” to tumble out of the closet in the case.

Taking to Twitter, Chidambaram said: “After the SC’s wise and bold order in the Pegasus controversy, the first skeleton has tumbled out yesterday.”

He said “Israel’s Ambassador publicly stated that Pegasus spyware was sold only to governments. So, in India’s case, the buyer was certainly the Government of India.

“Will the Minister for Telecommunications admit that the buyer of Pegasus was the GoI?

If he remains silent, the blot on his report card will remain,” he tweeted.

Israeli Ambassador to India Naor Gilon on Thursday said allegations of use of Pegasus spyware and its probe by the Supreme Court are purely an internal matter of India and refused to comment on it.

At a press conference in New Delhi, Gilon said NSO, the maker of Pegasus software, is a private company. Considering the type of software Pegasus is, it is mandatory to take an export license for it.

On Thursday, the Supreme Court ordered the setting up of a three-member committee headed by a retired apex court judge to look into the allegation of alleged snooping and phone tapping by using the Israel-origin spyware software.

The committee will work under the supervision of former SC judge RV Raveendran and asked to prepare its report in eight weeks.

The other two experts on the panel are Naveen Kumar Chaudhary, Prabaharan and Ashwin Anil Gumaste.

A three-judge bench of the apex court, headed by Chief Justice NV Ramana and also comprising Justices Surya Kant and Hima Kohli, passed the order on a batch of petitions alleging widespread and targeted surveillance of politicians, journalists, activists among others using the Pegasus spyware.