Six dead, two injured after container rams into bus in UP

The passengers were alighting from the bus when a speeding container truck, which was headed towards Faizabad, rammed into the bus from behind. 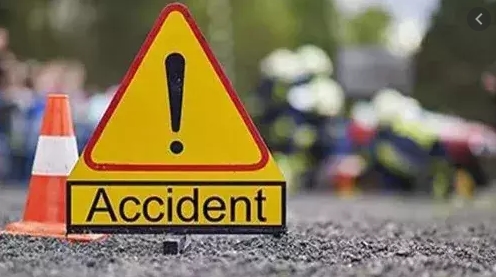 Ayodhya: Six people were killed while two others sustained critical injuries when a state road transport corporation bus was hit by a container truck from behind in the Rudauli Kotwali area here on Tuesday.

Circle Officer (CO) Dharmendra Kumar Yadav said that a DCM rammed into two UPSRTC buses en route to Gorakhpur from Kanpur, in an attempt to overtake. Subsequently, the bus driver stopped the vehicle and was inspecting the damage.

The passengers were alighting from the bus when a speeding container truck, which was headed towards Faizabad, rammed into the bus from behind. The people present on the road were crushed under the bus and were dragged till some distance, resulting in the on the spot death of two while four others succumbed later.

Four among the deceased have been identified as Abhishek Kumar Shukla (21), Om Prakash Shukla (48), Dhananjay Vishwakarma (28), Vinod Kumar (40). Two others are yet to be identified and efforts are on to ascertain their identity.

Both the injured people in the accident have been referred to Lucknow’s trauma center by the doctors. Among the deceased, five people hailed from the Basti district while one was from Deoria. Superintendent of Police (Rural) Shailendra Kumar Singh and other policemen were present on the spot.

Earlier in the day, Uttar Pradesh Chief Minister Yogi Adityanath condoled the deaths of the six people. Praying for the peace of the departed souls, he expressed his condolences towards the bereaved families. He directed that the kin of the deceased be provided a financial assistance of Rs 5 lakh each.

The Chief Minister has also directed the officials to make proper arrangements for the treatment of the injured people in the mishap.