US, EU to co-operate for containing ‘increasingly assertive’ China: Reports

The report comes close in the heels of the US, the UK, Canada, New Zealand and Australia issuing a joint statement urging China to stop what it called 'repressive practices' in the Xinjiang Autonomous region. 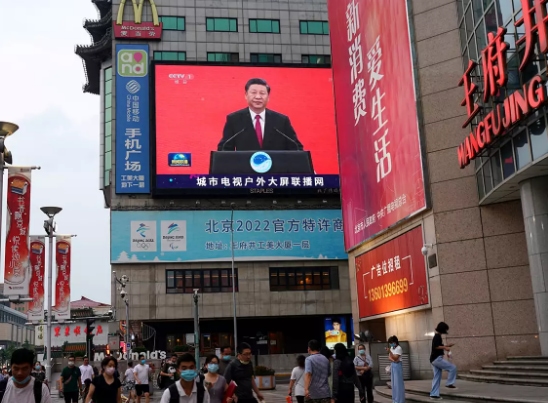 Brussels: The United States and European Union (EU) are likely to restart a bilateral dialogue on the ‘challenges and threats’ posed by China, local media sources reported on Tuesday.

According to a report by The Financial Times newspaper on Tuesday, US Secretary of State Antony Blinken, who is presently visiting Brussels to take part in the NATO ministerial meeting, is likely to meet EU foreign policy chief Josep Borrell on Wednesday. The US-EU China dialogue is expected to be relaunched during this meeting said the newspaper citing unnamed sources.

The report comes close in the heels of the US, the UK, Canada, New Zealand and Australia issuing a joint statement urging China to stop what it called ‘repressive practices’ in the Xinjiang Autonomous region.

The five allies accused China of enforcing ‘severe restrictions’ on religious freedoms, using forced labor, carrying out forced sterilizations among other abuses against the ethnic Uighurs in Xinjiang. Beijing has repeatedly denied these allegations.

The US-EU dialogue on China was launched in October 2020 by then-US Secretary of State Michael Pompeo and Borrell. The process was stalled by the Trump administration over disagreements between the EU and the US.

The media outlet added that the decision to renew the coordination mechanism came two months after the inauguration of Joe Biden as US president at a crucial moment in Washington’s relations with Beijing.

Blinken along with US National Security Adviser Jake Sullivan met Chinese Director of the Office of the Central Commission for Foreign Affairs Yang Jiechi and State Councilor Wang Yi in Alaska last week.

The meeting saw both sides heavily critisising each other, while the US officials criticized China for events of Hong Kong and the alleged genocide against Uighur Muslims in Xinjiang, the Chinese responded by attacking the United States for alleged human rights abuses on African Americans.

Imphal:  FIPRESCI-India (India chapter of the International Federation of Film Critics: FIPRESCI) will introduce the CRITICS WEEK in the...
Arunachal Pradesh

US is moving away from war to ‘relentless diplomacy’: Joe Biden

Trudeau to begin the third mandate in a minority government