A bench of Chief Justice Bobde and Justices AS Bopanna and V Ramasubramanian was told by senior advocate Colin Gonsalves, appearing for the petitioner group of women, that pleading has been completed in the matter and he is ready to argue the case. 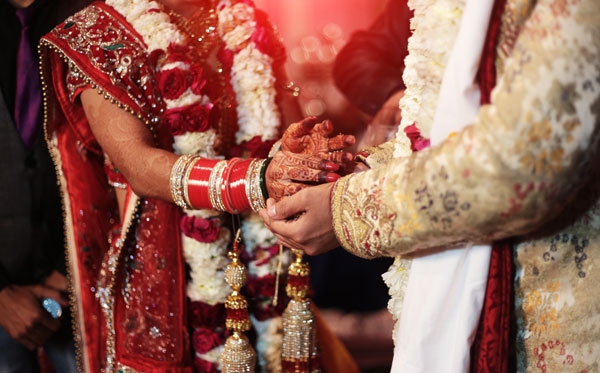 New Delhi: The Supreme Court Monday said it would hear in July the pleas seeking mandatory arrest of NRI husbands for deserting their wives and harassing them for dowry.

A bench of Chief Justice Bobde and Justices AS Bopanna and V Ramasubramanian was told by senior advocate Colin Gonsalves, appearing for the petitioner group of women, that pleading has been completed in the matter and he is ready to argue the case.

The bench said it is listing the matter for July, the PTI reported.

Senior advocate Sanjay Hegde, appearing for NGO Pravasi Legal Cell, said they have filed a separate plea in the matter and want to assist the court on the issue.

He said that a notice be issued in the matter.

A counsel appearing for Delhi Sikh Gurudwara Management Committee said that they have also filed a separate petition on the issue and notice be issued on it.

The bench, then issued notice on both the pleas.

On November 13, 2018, the top court had issued notices to the Centre on the plea seeking that the deserted women be accorded legal, financial help and their estranged NRI husbands be arrested after the filing of FIRs.

The Union of India, in its reply to be submitted within six weeks, will indicate the feasibility of having a policy on the issue. The petitioners are restrained from filing any further document,” the top court had said.

A group of women, who have allegedly been deserted by their Non-Resident Indian (NRI) husbands and subjected to dowry harassment, have moved the apex court seeking reliefs including mandatory arrest of their estranged spouses and consular help in fighting cases in foreign land.

The women, represented by advocate Satya Mitra, said in the plea that immediate look out circular in cases of absconding husbands be issued after an FIR is lodged in the case.

“In all cases where a court has ordered summons for appearance or a warrant for arrest of the husband of an NRI-abandoned bride and the accused appears to be absconding or resisting his return to India through the embassies, his passport be impounded and revoked and all steps be taken for his return,” the plea said.

The petition sought directions to Indian embassies throughout the world to play a proactive and compassionate role in coming to the aid of abandoned NRI women by locating the whereabouts of the husbands, engaging legal counsel abroad to represent the women and to take other steps to secure the arrest of the husbands to India.

It also sought directions to the Centre for an awareness programme for any spouse visa application in various Indian embassies.

“Issue direction for compensation in cases of striking off visa’s only on the perusal of the husband intimation letter to the immigration department of the host country without any documentary evidence,” the plea has said.

It said that in cases the abandoned woman is financially destitute and is unable to take care of herself and her children, the Centre should frame a scheme immediately for reasonable financial support, employment, health care benefits, education for the children, housing and the like.

The plea of Pravasi Legal Cell filed through advocate Jose Abraham said that the petition raises major issues and challenges faced by women in NRI marriages and highlighted various instances including woman married to an NRI husband and is abandoned even before being taken to the foreign country of his residence or the woman after marriage is taken to the foreign country and is being abandoned in the alien land.

This is one of the typical instances where after a quick engagement, followed by a massive wedding and a huge dowry, the NRI husband flies out of India while the wife waits for her visa. In such cases, the husband abandons his legally wedded wife, promising to soon send her ticket that never came , it said.

The plea said that in many instances, the woman would be pregnant at the time husband left her and so both she and the child were abandoned.

The husband never called or wrote and never came back again. The in-laws who could still be in India, would either plead helplessness or flatly refuse to help , it said.