The incident occurred when the vehicle carrying 13 persons was returning to Medak from Srisailam. 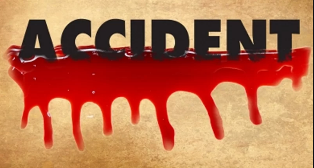 Hyderabad: Seven people were killed and eight others injured in two different road accidents that occurred in Telangana in the wee hours on Monday.

Three persons were killed and seven others injured when a vehicle in which they were traveling rammed into a container truck at Outer Ring Road (ORR) in Kandlakoya village in Medchal district on the outskirts of the city.

The incident occurred when the vehicle carrying 13 persons was returning to Medak from Srisailam.

In another accident in Adilabad district, four persons were killed on the spot and one injured after a container lorry rammed into a car they were traveling in on the NH-44 at Gudihatnoor Mandal in the district.

Three of the victims were from the same family and residing in Adilabad town.

The accident occurred when the victims were returning to Adilabad from Hyderabad.